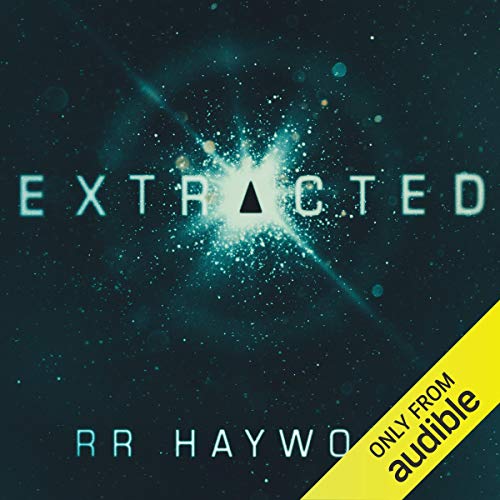 In 2061 a young scientist invents a time machine to fix a tragedy in his past. But his good intentions turn catastrophic when an early test reveals something unexpected: the end of the world.

Safa Patel is an elite police officer, on duty when Downing Street comes under terrorist attack. As armed men storm through the breach, she dispatches them all.

'Mad' Harry Madden is a legend of the Second World War. Not only did he complete an impossible mission - to plant charges on a heavily defended submarine base - but he also escaped with his life.

Ben Ryder is just an insurance investigator. But as a young man, he witnessed a gang assaulting a woman and her child. He went to their rescue and killed all five.

Can these three heroes, extracted from their timelines at the point of death, save the world?

Sick of partial books split for $$

its a good book, good story but obviously split in the middle of the actual book which is evident from the lack of a complete plot arc.

Don’t be swayed (as I was) by the glowing reviews, because this is not a five-star book. At best, it is mildly entertaining and barely worth a credit. When compared to other time travel stories like “The First 15 Lives of Harry August “or “11-23-63: A Novel”, this book barely musters 3 stars. The author tries to spin the story around the paradox of time travel and the intrigue of special operators, but there are no new perspectives or cool techno-geek deep dives on these topics. Instead, you get overly detailed descriptions of fist fights, awkward sexual harassment, and the endless manic-depressive moaning of the main protagonist (BORING). I’ve come to realize that the Audible marketing machine is hyping formulaic “Fast-Food” books that hook you into buying the first of a series. In the end, you wind up paying 3 credits for essentially one book. Unfortunately, people are buying into this hype. While we are all hungry for entertainment, Audible Reviewers need to distinguish fast-food burgers from fillet mignon. If they both cost one credit, wouldn’t you rather have fillet mignon??? So, before you give something 5 stars, please make sure it is fine dining and NOT just a Happy Meal.

This book had an interesting time travel premise. Unfortunately it ended up being basically a 12 hour introduction of the three main characters in the book. I think that this could have been accomplished in half the time. It is really just the set up for the next book. The book seemed to drag, then some interesting information would be presented, then it would drag on. It's always nice to learn about the background of each major character, but in my opinion this was overkill. Not sure whether I will try the next one.

First off, I really enjoyed this “book.” The story telling and character development was uncharacteristicically good for a sci-farm.
The narration is excellent although the narrator should have prepped a bit more as he often mixed voices and accents across characters making it hard to discern who was saying what until the inevitable “<character name> said” phrase. That said, the narrator really carried this book.

However, this isn’t a full story. it’s an intro with the bare minimum of a story arch required to meet some publishers definition of a novel. it’s obvious that you need to keep reading to get any level of satisfaction in the story.

I pity the poor sods who will inevitably create a drinking game in which you have to drink ever time they say “Ben Ryder” or “Mad Harry Madden.” They will likely die of alcohol poisoning.

All that said, I just downloaded the 2nd book. :)

Book ends before the story starts

So the puppet master assembles this amazing crowd of top notch protagonists through difficult circumstances, the legion of protagonists are well developed characters and I found myself cheering for them, rooting them on when they were down from training and whatnot. They got all of their shit together and were ready for this fight to save humanity. I was like "Yea baby! These guys are coming for you!" then the book ends, apparently the story starts in book 2, book 1 is just the background info. I feel jilted.

Yes with nose clip though...very slow at times and over the top on feelings.

ok rather interesting and most likely why I will try #2

What does Carl Prekopp bring to the story that you wouldn’t experience if you just read the book?

oh no... unless they eliminated most of the whinning characterization of Ben. That was tough to stomach...hopefully he's over it (not Ben the author)

Wished I was extracted!

The plot underlying this story has considerable potential. Unfortunately, the author's writing fell way short of delivering on this potential. There were many times that I almost quit this book. While some of the action was OK, the dialog was often tedious and, quite frankly, juvenile.

The narrator did a decent job with the material he had to work with. However, he lacked range in conveying the emotions of the characters. A little more prosody please.

I will not be purchasing Part 2 if this series.

While the author presents a very interesting story line it appears that he was paid by the word not by the book. I think the story could effectively be told with half as many words. Just deleting all the F-words would cut the story in half. I don't think it will be
worth my time to read book 2.

I didn't absorb the fact that this is BOOK 1

I enjoyed the listen. I was a bit heart broken when I realized there will be no conclusion to any scenario. Haha. this is part 1. I WOULD purchase the other parts but.... well, I probably WILL. INTERESTING READ

If your idea of entertainment is a post-pubescent nerd's wet dream, this is the book for you. Otherwise, the sexual assault, the misogyny, and the complete lack of story might not be your cup of tea.

7 hours in and giving up now. The autor tries in painfully lengthened and tiring descriptions to hide, that he has nothing to write about. If that means adding at least two adjectives to each and every object, or to write about a tussle for 10 minutes, or to let the reader know about every protagonist's admiring thoughts about the other protagonists once a chapter, so be it. That the insanely smart, cool and war hardened main characters act just borderline dumb every time they act at all, does not help.

Awesome, another masterpiece from R.RHaywood,truly this man is a gem😊 story awesome characters amazing and story stunning... I'm hooked I need the next two books!