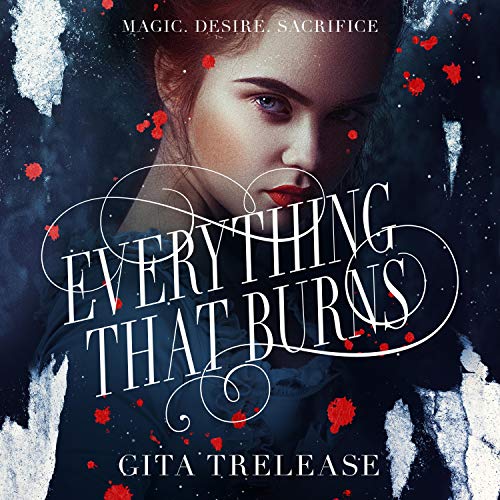 Gita Trelease's Everything That Burns is the transporting sequel to All That Glitters, hailed by NPR as a “soaring success”!

Camille Durbonne gambled everything she had to keep herself and her sister safe. But as the people of Paris starve and mobs riot, safety may no longer be possible...

...not when Camille lives for the rebellion. In the pamphlets she prints, she tells the stories of girls living at society’s margins. But as her writings captivate the public, she begins to suspect a dark magic she can’t control lies at the heart of her success. Then Louis XVI declares magic a crime and all magicians traitors to France. As bonfires incinerate enchanted books and special police prowl the city, the time for magic - and those who work it - is running out.

In this new Paris where allegiances shift and violence erupts, the answers Camille seeks set her on a perilous path, one that may cost her the boy she loves - even her life. If she can discover who she truly is before vengeful forces unmask her, she may still win this deadly game of revolution.

"[A] seamless sequel to All That Glitters.... Diverse characters, a compelling plot, romantic tension, and Camille’s internal conflict with her own magic powers fuel this intriguing story that will resonate with fantasy and historical fiction fans." (School Library Journal)