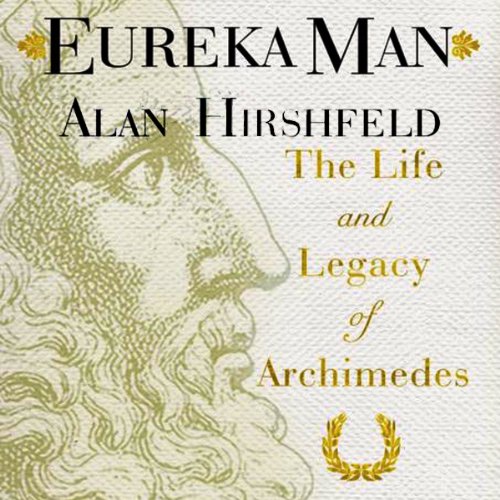 Many of us know little about Archimedes other than his "Eureka" exclamation upon discovering that he could immerse an object in a full tub of water and measure the spillage to determine the object's weight. That seemingly simple observation not only proved to King Hieron II of Syracuse that a certain amount of silver had been used in what was supposed to be his solid-gold crown, it established the key principles of buoyancy that govern the flotation of hot-air balloons, ships, and denizens of the sea.

Archimedes had a profound impact on the development of mathematics and science: from square roots to irrigation devices; planetariums to the stability of ships; polyhedra to pulleys; number systems to levers; the value of pi to the size of the universe. Yet this same cerebral man developed machines of war so fearsome, they might have sprung from a devil's darkest imagination - indeed, weapons that held at bay the greatest army of antiquity. Ironically, Archimedes' reputation swelled to mythic proportions in the ancient world for his feats of engineering: the hand-cranked irrigation device, commonly known as "Archimedes' screw," and his ingenuous use of levers, pulleys, and ropes to pull, single-handedly, a fully laden ship!

His treatises, rediscovered after 1,000 of collective amnesia in Europe, guided nascent thinkers out of the Dark Ages and into the Renaissance. Indeed, Archimedes' cumulative record of achievement - both in breadth and sophistication - places him among the exalted ranks of Aristotle, Leonardo da Vinci, Isaac Newton, and Albert Einstein. Eureka Man brings to life, for general readers, the genius of Archimedes, offering succinct and understandable explanations of some of his more important discoveries and innovations.

The concentration on the mathematics and physical sciences were okay, as well as the palimpsest,. However, the information on Archimedes and his contemporaries, both Greek and Roman, were a bit less than I had expected.