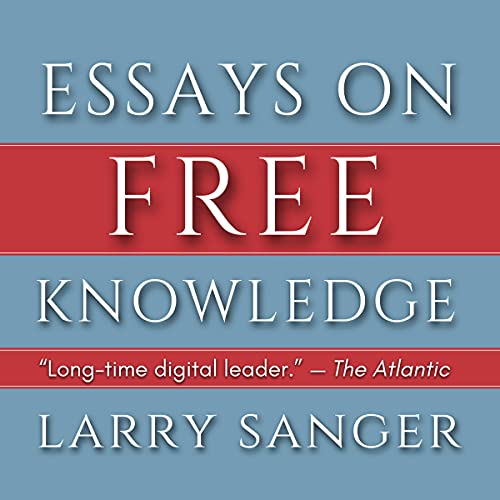 For his long-awaited first book, Wikipedia co-founder Larry Sanger has revised some of his best essays on Wikipedia, intellectual autonomy, knowledge in the digital age, and how to fight back against the centralization of the Internet.

"A fundamental player in the history of the modern Internet." (Salon)

"A philosopher who explores the very nature and sources of knowledge." (Technology Review)

The digital revolution has been corrupted. What began as a celebration of freedom has become a machine for monitoring and control. What began as history’s greatest dream of enlightenment has been twisted into an anti-intellectual nightmare of indoctrination.

In 12 essays, several already well-known but newly revised in this volume, Wikipedia co-founder Larry Sanger stakes out a hard-headed position in favor of the ideals of the digital revolution. At the same time he firmly rejects the disastrous naïveté that would have us abandon wisdom and autonomy, ignore subversion by bad actors, and blindly trust unaccountable, giant corporations.

Sanger concludes with a new essay on the problems facing the free internet, available only in this book.

Incredible, Sanger is a true visionary

Highly recommend everything that comes from Larry Sanger. He is thoughtful, nuanced, and always honest. These essays are a treasure trove of insight.