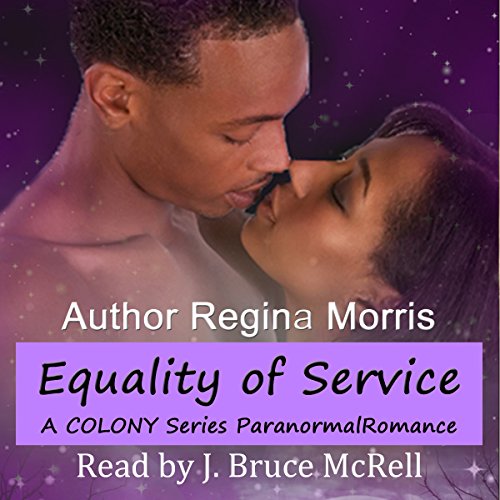 They alter their aged appearances based upon the amount of blood they consume. They move to a new area, drink a lot of blood, and appear young. Slowly they limit their intake of blood and age right in front of our unsuspecting eyes. After decades, they fake their death, move, and do it over and over again.

The Colony is an elite group of vampires sworn to protect the president of the US from these rogue vampires.

The Colony series is a suspenseful and sensual vampire fiction series that has been enjoyed by fans of some of the best paranormal romance series, such as "Love at Stake," the Argeneau series, and the "Black Dagger Brotherhood."

While guarding the president at a school event, a vampire Colony agent, William, meets the woman of his dreams - a human woman who is a teacher at the school. First impressions being what they are, he finds her sexy and opinionated - unfortunately, her dance card appears to be full, and he's unsure how to woo her when he can't even take her out to dinner without her being the meal.

Jackie discovers a hidden agenda in the president's school visit and believes William to be a mockery of the American dream of equality for all. Can a past Freedom Rider and racial activist form the 1960s, now a vampire, prove to the love of his life he's not a political puppet?

This novel is for individuals 18 years of age or older, as it contains sexual content. It is a light-hearted (non-dark) romance and should not be considered a political thriller. Although there are references to the president, presidential procedures, the White House, and Washington, D.C., the political arena is a backdrop for the romance.

This story was really good. Loved the dual POV. The narrator did very well. My only complaint is there needs to be another story for this couple! William is such a sweet & sexy vamp! I wonder how Jackie handled the turn. I'd love to know how exactly what their children are and are considered, especially after the comment about a human & vampire child that was made at the bar.

This would make a good Prequel for another William & Jackie story! (😉 😉 hint, hint Regina Morris.)

William and Jackie members of the Colony team, already share a strong and loving marriage. The book delves into their past, as they share a very entertaining narrative of how they first met and fell in love. William while on assignment with the President's security detail encounters Jackie a devoted and passionate schoolteacher, who piques his interest. William's unsuccessful attempts at finding love, has him wondering if Jackie could be the woman for him. Jackie and William make a great couple as they navigate the realities of emotions, love and life. A lovely portrayal of two deserving individuals finding love.
The story is dynamic though shorter than other books in The Colony series. I have read other books in the series, this my first time listening to a book. I look forward to the next entry in the series.

Like this series about vampires different not your normal vampire romance.
Good story and characters.
Good narrative.
Enjoyed listening to.