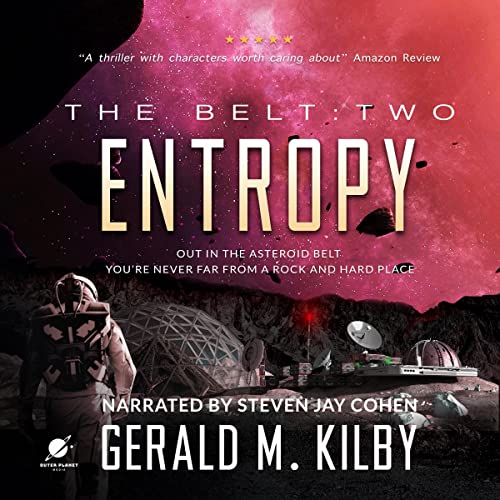 The science vessel Hermes has been urgently recalled from its mission to survey the moons of Saturn, just as First Officer Miranda Lee receives bad news from home - her mother is dying so she must leave the ship and return to Earth - for good. Commander Scott McNabb is so distraught by her sudden decision to leave that he pays little or no attention to the parameters of the new mission being requested by the Council of Europa. Big mistake.

Powerful forces on Earth are now moving to resume inter-AI communications, risking the development of an all-out war. But other powers within the System are also mobilizing to prevent them from achieving their objective. Scott and the remaining crew of the Hermes are totally unaware that they are now at the very nexus of an inter-planetary battle - and ultimately heading toward disaster.

As the mission starts to fall apart Scott begins to realize the secrets that the ship’s QI, Aria, has been hiding from them all along. Secrets that could tip the balance of power within the System. He must now put aside all thoughts of Miranda and focus on trying to save his crew - including Aria. Failure to do so could ultimately plunge the entire System into total chaos.

About Entropy:
The story is set a few centuries into the future where humanity has colonized most of the inner solar system. The asteroid belt (The Belt) is now a hive of mining activity and ships ply the trade routes to Earth and Mars. The technology depicted is, for the most part, what I consider to be technically plausible, although I do stretch it a little with quantum entanglement. That said, you won’t need a calculator or a slide-rule to enjoy the story.

This is like watching you favorite sci-fi TV show. It is funny and full of adventure. The narrator did each character excellently and added to the story.

Kilby Does It Again

Entropy (thankfully this one is easier to spell than entanglement) is the continuation of The Belt Series by Gerald M. Kilby. In book one, we find out about Quantum Intelligence and inter-QI communication. In book two we’re thrown into the same world but with so much more going on now.

The team is supposed to be out doing research on their research vessel when they’re called back to perform a transport. Needless to say, things don’t go as planned and the description from here would be a complete spoiler.

Just know that you’re in for a lot of close calls, shooting, and overall awesome and fun space adventuring. There is a cute storyline or two thrown in there for good measure (and I thought they were both well written. Kilby has this way of writing a book I’m interested in and one that is great Sci-Fi but also just a great story. You could transport these people anywhere in the solar system and it would still be a good story.

The new things introduced (things and people) were all well explained and needed. The ship transporting one specific person (I won’t spoil who) was really interesting to me. The AI on that ship (and the convos that said person had before and after stuff happens) were also fascinating and a little terrifying.

Kilby does it again with Entropy and of course – the wonderful narration by Steven Jay Cohen really helps to turn this good story into a great one. I hope that he continues to narrate this series and I’m definitely interested in seeing what happens to the crew in the rest of the series.

This book would have scored better as a kindle book. As an Audible, it is difficult to listen to. The narration is just too slow. And the dialogue of the quantum intelligence characters is slower yet. Besides the performance, the science is questionable. Come on, the hero crashes 2 space shuttles into planets and asteroids and manage to survive? I understand that killing the hero is bad for the plot, but cataclysmic situations should not be the climax except once in a while, not twice. Add to that the main character, Scott (sounds like Gotta by the narrator) is a mauldling morose guy who spends 3/4ths of the book locked in his cabin crying over his lost love. Call that sappy.

I received this audiobook in exchange for an honest review.

Entropy is written by Gerald M. Kilby and narrated by Steven Jay Cohen. It's the second entry in The Belt Series, and it makes for an engaging, exciting adventure through the depths of space. The characters are intriguing and the dialogue is believable, although this work maintains the same simplicity that is found in the first book. Entropy manages to stay engaging throughout, and this is only bolstered by Cohen's excellent narration.

Entropy's lead protagonist is Commander Scott McNabb. He doesn't have much depth, but his motivations and values are clearly felt. Standout characters from the first, including Miranda, Aria and Solomon, make a reappearance here. A few protagonists enter the series as well, and they are well written. The dialogue is natural and witty throughout, and all the characters share likeable qualities. Like the first, there is minimal character backstory throughout Entropy, and it's clear that the listener could grow a deeper attachment to these characters with a richer understanding of their history. Nonetheless, I grew to appreciate each character for the value they add to the adventure.

The story is as fast-paced and captivating as the first. Although the crew begins by traveling across the galaxy on a peaceful research mission, they're quickly swept up in a quest for survival that impacts life in the entire galaxy. The narrative separates between multiple locations, and Kilby does a great job keeping each narrative intertwined. He includes a sufficient number of twists and cliff-hangers to keep the listener guessing, and he builds strong momentum for the final book in the series.

Steven Jay Cohen does another admirable job with his narration. The voices and inflections he uses for each character carry over seamlessly from the first book. He brings a layer of emotion and passion to this project that engages the reader. It's easy to get swept up in the action and truly care for the well-being of each character, and Cohen's narration heavily contributes to that.

Entropy is a great read. Kilby presents a solid sequel with relatable characters, and Cohen does a superb job bringing those characters to life. If you liked the first book or are a fan of science fiction, I highly recommend this adventure.

very well done, enjoyed it greatly, hard to stop listening to it when time to sleep.

I received this book for free, but the review is left of my own accord.

This book wasnt what I was expecting. The first book in the series left a couple different paths going forward that I saw, but this wasnt one of them. I was hoping to get more time with all of the crew, which I didnt get, but the book focuses on a couple members, and they got a lot more development. It kind of takes the Nostromo/ Serenity/Bebop vibe from the first one and turns it into a buddy-cop movie kind of story. And honestly, I cant tell if the two guys are supposed to actually be friends or just that they tolerate each other better than they did at the beginning of book 1. They dont joke around or seem to enjoy each others company. Everything is about moving the plot forward, but that isnt necessarily a bad thing.
There is a lot more world-building in this book which goes a long way in helping make the world feel more realistic and I like that a lot.
The ending kind of threw me for a loop. At the end of book 1 I thought the series was setting up a big bad guy, but now Im not so sure I was right. I mean, I can still see the story going in that direction. I'm expecting the third installment to be more of a spy thriller or political, but either way, Im excited for the next one.

Not as good as the first one.

I thought that this book was not as good as the first. Everything seemed to fall into place for the characters, you never felt like the characters were in danger at all, felt to easy for me. I liked the narrator again some overlap on the voices, but overall alot of various voices. The ending was to be expected, a cliff hanger to get the next book. Overall I think it was a good book for me I did enjoy it.
I was given this free review copy audiobook at my request and have voluntarily left this review