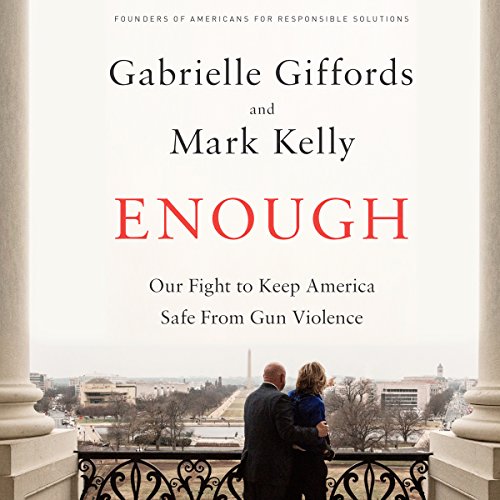 After the 2011 Tucson shooting that nearly took her life, basic questions consumed Gabby Giffords and her family: Would Gabby survive the bullet through her brain? Would she walk again? Speak? Her hard-won recovery, though far from complete, has now allowed her and Mark to ask larger questions that confront us as a nation: How can we address our nation’s epidemic of gun violence? How can we protect gun rights for law abiding citizens, while keeping firearms out of the hands of criminals and the mentally ill? What can we do about gun trafficking and other threats to our communities?

Enough goes behind the scenes of Gabby and Mark’s creation of Americans for Responsible Solutions, an organization dedicated to promoting responsible gun ownership and encouraging lawmakers to find solutions to gun violence, despite their widespread fear of the gun lobby. As gun owners and strong supporters of the Second Amendment, Gabby and Mark offer a bold but sensible path forward, preserving the right to own guns for collection, recreation, and protection while taking common-sense actions to prevent the next Tucson, Aurora, or Newtown. Poll after poll shows that most Americans agree with Gabby and Mark’s reasonable proposals.

As the book follows Gabby and Mark from the halls of Congress to communities across the country, it provides an intimate window into the recovery of one of our nation’s most inspiring public figures and reveals how she and her husband have taken on the role of co-advocates for one of the defining issues of our time.