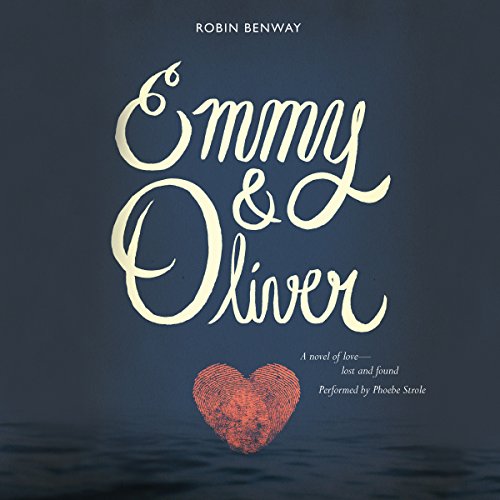 Emmy and Oliver were going to be best friends forever, or maybe even more, before their futures were ripped apart. In Emmy's soul, despite the space and time between them, their connection has never been severed. But is their story still written in the stars? Or are their hearts like the pieces of two different puzzles - impossible to fit together?

Emmy just wants to be in charge of her own life.... She wants to stay out late, surf her favorite beach - go anywhere without her parents' relentless worrying. But Emmy's parents can't seem to let her grow up - not since the day Oliver disappeared.

Oliver needs a moment to figure out his heart.... He'd thought, all these years, that his dad was the good guy. He never knew that it was his father who had kidnapped him and kept him on the run. Discovering it and finding himself returned to his old hometown all at once has his heart racing and his thoughts swirling.

Listeners who love Sarah Dessen will devour this program with hearts in throats as Emmy and Oliver struggle to face the messy, confusing consequences of Oliver's father's crime. Full of romance, coming-of-age emotion, and heartache, these two equally compelling characters create an unforgettable story.

A Love that withstood an unknown distance in time

If you could sum up Emmy & Oliver in three words, what would they be?

There were moments in this book that definitely made me laugh. Even though there are points in this book that really tug at your heart strings because of the books topic, the characters find the humor in finding one another again and getting to know who they have become as individuals and friends

This book was cute. I expected more of a romance between Emmy and Oliver, but in a way I am glad there wasn't. This would be a great book for a young teen. It is about loss of a friend, finding ones friend, and getting to know the people they have become and the hardships of a teen thinking most of his life he was abandoned to find out he was abducted by his other parent. Emmy and Oliver do form a tighter than friendship bond, but there is nothing sexual in this book that would make in inappropriate for a teenage girl looking for a book to crush on.

Enjoyable story that was wroth the credit. I'm really glad I listened to it and would recommend it to others.

its really a predictable love story... but still a good story. I enjoyed reading this book.