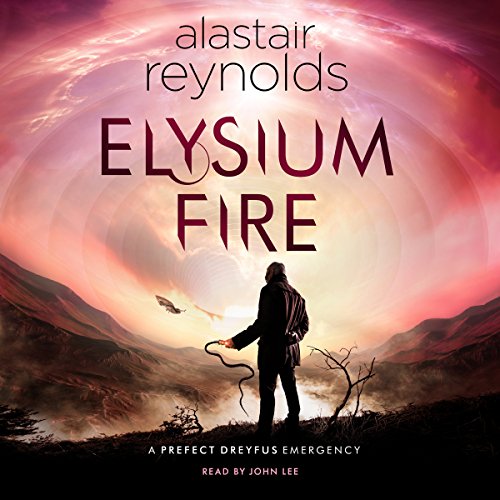 Featuring Inspector Dreyfus - one of Alastair Reynolds' most popular characters - this is a fast-paced SF crime story, combining a futuristic setting with a gripping tale of technology, revolution and revenge.

One citizen died a fortnight ago. Two a week ago. Four died yesterday...and unless the cause can be found - and stopped - within the next four months, everyone will be dead. For the Prefects, the hunt for a silent, hidden killer is on....

Alastair Reynolds has returned to the world of The Prefect for this stand-alone SF mystery in which no-one is safe. The technological implants which connect every citizen to each other have become murder weapons, and no-one knows who or what the killer is - or who the next targets will be. But their reach is spreading, and time is not on the Prefects' side.

Worthy sequel for The Prefect (aka. Aurora Rising)

Panoply related stories are considered by Alastair Reynolds somewhat claustrophobic entries in Revelation Space universe. I agree with this statement, though both of them are well crafted as exciting crime mysteries stories. For Alastair Reynolds fans it's a must read, while for the others it may be a good point of entry to the franchise.

Everyone has the same pompous, halting voice.

ok but drawn out story, narrator does every character in same pompous, halting tone. probably supposed to be abject condescension but got to the point that I could be bothered with the last 30mins.

It’s not a bad book, but feels more like an expansion pack. Doesn’t really bring anything new to the table, nor do our characters grow in any meaningful way. The twists and turns are also extremely obvious or don’t pack any punch.

The universe it takes place in is interesting and thank goodness for John Lee’s awesome narration which makes it a good read.

Well, the best sequel you can get to a sci-fi

With Aurora rising Reynolds began to describe the Bell epoch of his Revelation space. it was fascinating... and plausible! With this new sorry, Reynolds brings more complicated human and machine interactions into play. By picturing Aurora as a childish personality, almost like if she's acting on a whim, brings down the all the unnecessary ceremony associated with mental ascendancy. While in the meantime, almost normal people seem to be enjoying... their adult games, they always play. What is exactly the difference between childhood, adulthood and how it relates to personal choices we make? I am sure, I don't know anymore!

psychopathy and Destiny.
What are you protecting other from, or is that the wrong question?
Who is really the bad guy here?
great story.