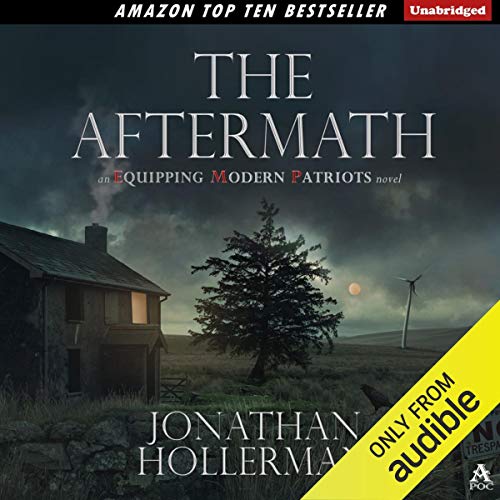 In the riveting sequel to the Amazon top 10 best seller EMP: Equipping Modern Patriots - A Story of Survival, Jonathan Hollerman masterfully paints a realistic world of chaos and despair and an incredible will to survive in the aftermath of a nationwide, long-term, grid-down scenario.

When the retreat where Sean and Maria reside suddenly grows exponentially, they must make tough decisions on splitting up and dividing their resources. Unknowingly, this leaves them vulnerable to a new, much larger threat that looms nearby. The devastation of America is also revealed through the eyes of a new character, Lt. Col. Bruce Harris, Commander, 31st Infantry Regiment, 10th Mountain Division. Colonel Harris is tasked with restoring electricity to the small town of Warren, PA, reestablishing order to the area, and tracking down a rogue platoon of Army Rangers that are reportedly pillaging the countryside. All is not as it seems though, and his orders will have life-changing consequences that leave him questioning where his true loyalty lies.

EMP : equipping modern patriots is a great second story of this series. I know some have an issue with the Christian experience detailed however I am a fan of how the Lord leads during difficult situations

Good follow up from Book 1. it was hard to get used to the new narrator for the first several chapters.... but I eventually got through it.

loved it. it has provided me with some new insight on preparing for the worst

story teller was better in book 1

I enjoyed the book very much and will continue the series. I learned alot about survival

Nice mix of facts and fiction

You can tell Jon is a loving, honorable, and knowledgable man. He has written a series that both entertains and teaches. I listen to the audio version and then buy the paperback version to go through with a pencil in hand. Thank you Jon for opening my eyes!

I felt as if I was a part of the team! I found myself routing for all the main characters and their friends!

I have said it before and will say it again. In my opinion best author on the fiction and how to books hands down. Love this author

I was disappointed when i saw the narrator was not the same as the first book as i had grown used to his voice and his voice for the characters, but after a few chapters i got used to this new narrator, i just could not stop listening to part 1, and replayed it several times, part 2 is no different, “can’t put it down”