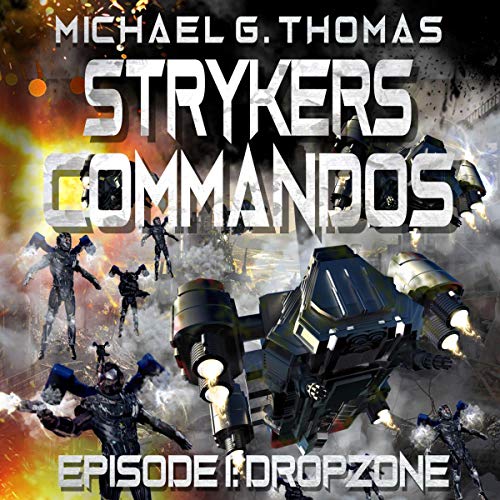 Sergeant Stryker and his elite commandos have been tasked with an impossible mission, one that few might escape from alive.

The battlefield is the alien world of Spascia and the enemy an entire Legions of Biomech warriors and their terrifying war machines. The unrelenting horde is just hours from shattering the last Alliance lines, and defeat here might spell the end of the war.

The gallant defenders fall back in disarray, and only Stryker’s commandos can hold back the enemy long enough to prepare a last line of defense. Falling from the sky like meteors, the drop troopers of Stryker’s commandos leap from their heavily armored landing craft and into a battle they can never hope to win.