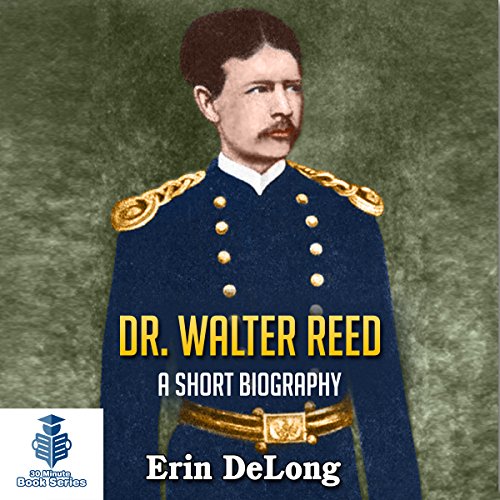 Chances are, you are familiar with the name Walter Reed only because you have heard of the major army medical center named after him. Maybe you have heard of his name in general references related to yellow fever. Either way, there is so much more to this humble, hard-working man than most know. He wore many hats; husband, father, military officer, scientist, and doctor are just a few. His scientific achievements are benefiting humanity today.

Walter Reed had humble beginnings but his intelligence and perseverance allowed him to excel in life. He received his Doctor of Medicine in 1869 and remains the youngest person to graduate from the University of Virginia medical school to this day. After his graduation, he studied further and received a second degree from Bellevue Hospital Medical College. After briefly working in New York, Dr. Walter Reed then decided to join the Medical Corps in the United States Army.

Throughout his military career he would be stationed in many different locations, including New York, Arizona, Nebraska, Minnesota, and Alabama. The first part of his military career was spent on the frontier treating a variety of patients and illnesses. The latter half of his career was spent in Washington, D.C., doing research, teaching classes, and learning of new medical advances. His most significant work was done with the US Army Yellow Fever Commission. Along with other fellow physicians and scientists, Dr. Walter Reed was able to unravel the scourge, yellow fever that had been a mystery since the 15th century.

In this short book, you'll learn all the amazing details of Dr. Walter Reed's life and his profound work.

Interesting life, discoveries an accomplishments! Frontier life described in a medical way instead of a wild west saga.