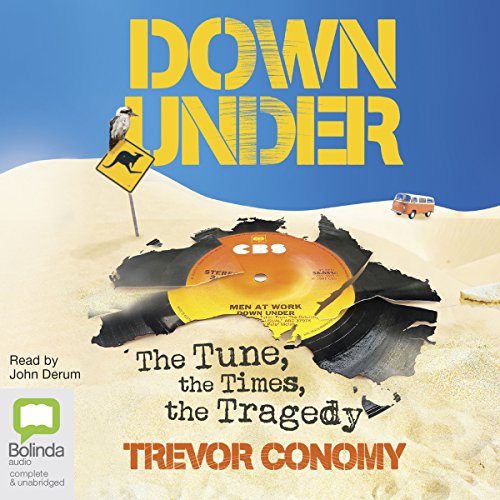 This is the biography not of a person but of one of the most loved and controversial songs in the history of Australian music.

Originally released as a B-side in 1980, 'Down Under' made Men at Work the biggest band on the planet. The song became an alternative Australian anthem and its video (recorded on the sand dunes of Cronulla) became an image of Australia recognised the world over.

Even when Men at Work suddenly disappeared, 'Down Under' remained in the national psyche. Nearly three decades later, Spicks and Specks innocently revealed a link between the song and the tune of the old Kookaburra nursery rhyme, and the American owners of the lullaby decided to sue for plagiarism.

After the legal battle raged, the flautist forever linked with that unforgettable and contentious flute riff, Greg Ham, died due to ill health caused by stress and anxiety brought on by the court case.