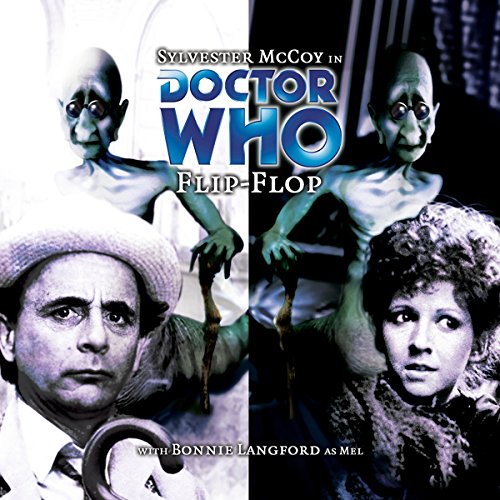 Christmas Eve in the year 3060, and the planet Puxatornee is home to a prosperous human colony. A spacecraft has arrived in orbit carrying the Slithergees, a race of obsequious alien slugs. Their home world has been destroyed, and they are humbly requesting permission to settle on the first moon. And if they don't get permission, then they are humbly threatening to declare all-out war.

The future hangs in the balance. The decision rests with Bailey, the colony's president - but she has other things on her mind.

Christmas Eve in the year 3090, and the planet Puxatornee has changed beyond all recognition. The Doctor and Mel arrive on a completely unrelated mission to defeat a race of terrible monsters and soon discover that something rather confusing has been happening to history.

Written by Jonathan Morris and directed by Gary Russell.