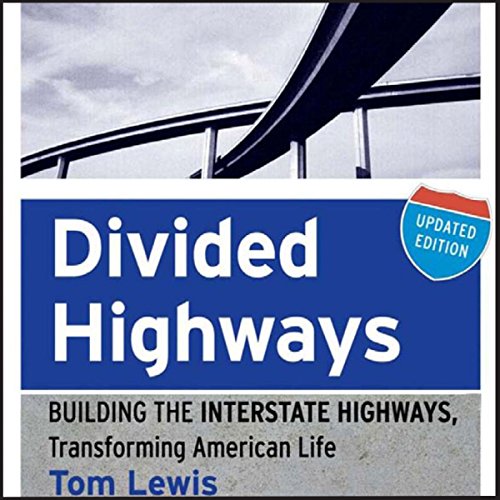 In Divided Highways, Tom Lewis offers an encompassing account of highway development in the United States. In the early twentieth century Congress created the Bureau of Public Roads to improve roads and the lives of rural Americans. The Bureau was the forerunner of the Interstate Highway System of 1956, which promoted a technocratic approach to modern road building sometimes at the expense of individual lives, regional characteristics, and the landscape. With thoughtful analysis and engaging prose Lewis charts the development of the Interstate system, including the demographic and economic pressures that influenced its planning and construction and the disputes that pitted individuals and local communities against engineers and federal administrators.

This is a story of America's hopes for its future life and the realities of its present condition. It is an engaging history of the people and policies that profoundly transformed the American landscape - and the daily lives of Americans. In this updated edition of Divided Highways, Lewis brings his story of the Interstate system up to date, concluding with Boston's troubled and yet triumphant Big Dig project, the growing antipathy for big federal infrastructure projects, and the uncertain economics of highway projects both present and future.

"The best and most important book yet published about how asphalt and concrete have changed the United States." ( Harvard Design Magazine)
"Lewis has written a sprightly and richly documented book on a vital subject." ( Journal of American History)

An insightful journey in the history of highways

Good book to get barebones of topic

This is an okay book and performance. Some parts should have been edited out because it's just too much information. Escepally, when they talk about the construction of some of these cities. I was shocked that they did not mention the way the Reagan administration used the interstate highway system to raise the drinking age to 21. Even though it was in a chronological timeline, some sections jumped around, which was weird. Overall not bad but not great.

Informative as to how the Interstate highway system came about. Pro's and con's discussed also.