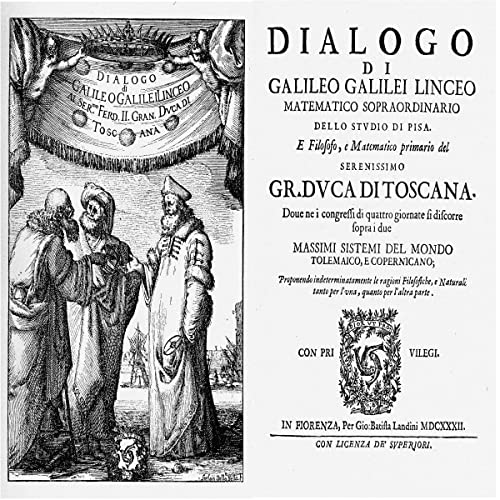 Galileo’s Dialogue Concerning the Two Chief World Systems compares the Copernican or Heliocentric system with the Ptolemaic or Peripatetic, system of the cosmos. Published in Florence in 1632, it resulted in him being tried before the Inquisition.

Using the dialogue form, Galileo masterfully shows the truth of the Copernican system that the Earth revolves around the Sun. The Dialogue is one of the most important treatises ever written. A work of supreme clarity and accessibility, it remains as accessible now as when it was published. This is the definitive text by the University of California Press, with Stillman Drake’s translation. It includes a foreword by Albert Einstein, read by Frank Wilczek. Galileo's dedication is read by Fabiola Gianotti, and the translator's preface is read by Sylvester James Gates. The book is presented as a series of discussions, over four days, among two philosophers and a layman:

Download all figures and illustrations from The Dialogue: briankeating.com/Galileo.