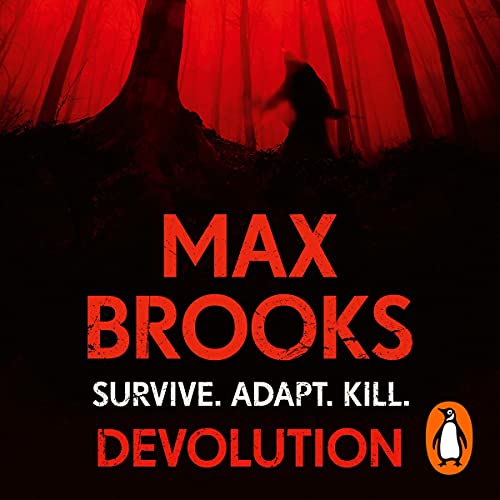 The number one best-selling author of World War Z takes on the Bigfoot legend with a tale that blurs the lines between human and beast - and asks what we are capable of in the face of the unimaginable.

As the ash and chaos from Mount Rainier’s eruption swirled and finally settled, the story of the Greenloop massacre has passed unnoticed, unexamined...until now.

But the journals of resident Kate Holland, recovered from the town’s bloody wreckage, capture a tale too harrowing - and too earth-shattering in its implications - to be forgotten.

In this audiobook, Max Brooks brings Kate’s extraordinary account to light for the first time, faithfully reproducing her words alongside his own extensive investigations into the massacre and the legendary beasts behind it.

Kate’s is a tale of unexpected strength and resilience, of humanity’s defiance in the face of a terrible predator’s gaze and inevitably, of savagery and death.

Yet it is also far more than that.

Because if what Kate Holland saw in those days is real, then we must accept the impossible. We must accept that the creature known as Bigfoot walks among us - and that it is a beast of terrible strength and ferocity.

Part survival narrative, part bloody horror tale, part scientific journey into the boundaries between truth and fiction, this is a Bigfoot story as only Max Brooks could chronicle it - and like none you’ve ever listened to before.

Terry Gross and Kai Ryssdal as themselves

Max Brooks as the researcher

Unfortunately this was very boring. Maybe I didn't get it but it is what it is.

A cast of very unlikeable hypocritical champaign-liberals living in a high-end eco-commune that comes under siege from a group of starving Bigfoot.... eventually. The story starts out at a glacial pace and takes way too much time introducing characters who are all either hateable or completely devoid of any personality other than one-dimensional tropes. The story is told in journal form from the perspective of an annoying and thoroughly hateable valley-girl. The little horror that actually occurs in this book is nothing all that exciting and bogged down by the ham-fisted messaging that rears its head way too often.

Don't expect anything clever or engaging and don't think this is a good Bigfoot monster story either. It's flat and drawn out with the climax being something 80s action fans would have waved off as ridiculous.

The amount of times I wanted Dr. Ian Malcolm from Jurassic Park to burst out of the woods to tell the cast how clueless and annoying they came across are numerous as were my pleas for this story to at least get cheesy or gory to make something happen.

A gripping tale of how adversity uncovers what lies beneath carefully maintained images of self. The depiction of Bigfoot seems reductive according to encounters I have listened to, that is why I give 4 stars instead of five.

Takes time to take off but ...

Once it does it’s fun. Hard to get sympathy for some of the characters in the first few chapters tho.