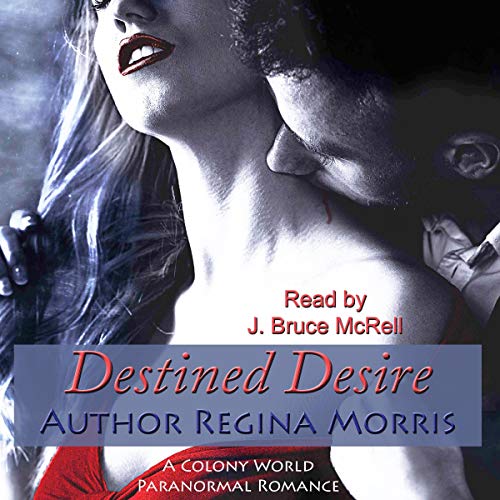 After a car accident nearly kills his immortal father, Alexander rushes to his father’s side only to discover that his parents want him to marry and stay closer to home. He’s already been down this path once before with a less than desirable outcome, so he refuses. He’s steadfast in his decision until his parents threaten to cut him off financially and he’s forced to approach the Vampire Council for a new marriage contract.

Dionora is enjoying her new job at the Vampire Council Marriage Office. The holidays take an exciting turn for her when she discovers the next match she does is for her ex-fiancé.

Revenge is sweet with this sensual, romantic comedy.

A new take on vampires

**Spoilers**Received a free copy from the author and voluntarily offer this review. I concur with one of the other reviewers in that while for the most part the narrator did a good job, some of the transition between characters are not smooth enough and one is not sure who's speaking. A new perspective on vampires After the near death of his father in an auto accident, Alexander's parents want him to once again marry. His first marriage, at their insistence was a disaster and he has no intention of complying this time. But, after they threaten to cut him off financially, he "agrees" to their demands. Vampire marriages are brokered through a marriage bureau and his intent is to either do something or have one of the perspective brides do something to get him banned from the registry. You see, Alexander was once in love and he broke her heart and his own when he was forced into his first marriage and his parents actions also ruined his love's prospects of finding someone else. Little does he know, however, that his former lover now works for the marriage bureau and she has every intention of making him suffer for hurting her all those years ago.

I enjoyed this well- written story. It was an interesting vampire love story. It has a totally unexpected ending. Would have liked an epilogue to see how things developed.

The performance was good and I had no problems listening.

I received a free review copy and this is my voluntary and honest review.

Without giving to much away I really enjoyed this story! It has one heck of a twist! Seriously WOW! I wasn't expecting all that. Not like that at least. I had a feeling about 1. 😉
Would have most likely given the story itself 5 Stars had it had an epilogue.

Performance wasn't bad, it was actually good. Only problem I had with it was that at times, you couldn't tell who was talking.