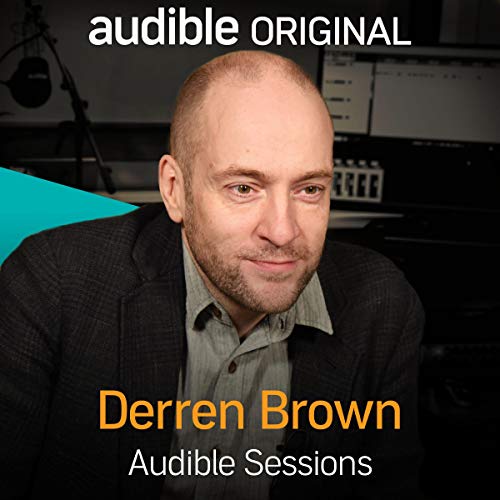 English mentalist and illusionist, Derren Brown, talks to us about the release of his latest audiobook, Happy, and how he believes we can attain peace of mind and solidity within ourselves.

Quoting some of the greatest philosophical minds of the past, Derren explains why he has found affinity with the Stoics and their approach in the pursuit of happiness. Also presenting a highly critical view of modern self-help books, Derren argues against the suggestion that we can control the uncontrollable; the universe will not give you what you desire simply because you ask for it.

First introduced to British audiences through a series of programmes entitled, Mind Control, Derren has been demystifying the subtle art of magical and psychological manipulation for 17 years. With his new audiobook, Happy, he agrees that he's moving on to similar but perhaps more intellectual pastures.

Describing Happy as an 'anti-self-help self-help book', Derren Brown wills his listeners to live in the present and think of happiness as a by-product and not an end in itself.

Derren Brown is quite a delight to listen to very self-effacing very intelligent and has a background that is particularly unique. I recommend listening to the Sam Harris interview with him on Sam Harris's podcast for a more in-depth examination of who he is and how he came to be that way