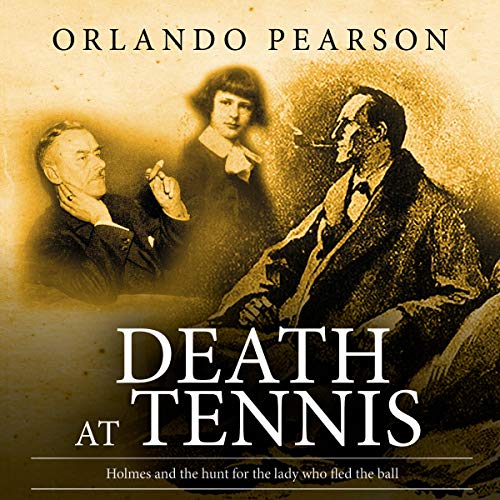 Another encounter with Wilhelm Gottsreich Sigismond von Ormstein, hereditary king of Bohemia, and Holmes’ commissioner in Sherlock Holmes and a Scandal in Bohemia.

The king is no longer with his first wife and has organized a ball at the Savoy Hotel in London to choose a new bride. But the lady who caught his eye fled as the clock of St. Martin in the Fields church struck midnight leaving only a dancing slipper behind.

The trail takes Holmes and Watson to Venice and Holmes discloses a shocking truth to Watson that nearly ruptures their friendship.

Sherlock is at it again!

I usually have a fondness for Sherlock Holmes and Dr. Watson. This storyline is no exception. However, it is not often you see patient Dr. Watson angry with Sherlock. First time for everything I guess. The author did a great job. I wish it hadn't ended. I truly enjoy Luke Barton's narration. He has Sherlock and Watson down pat! Great job.