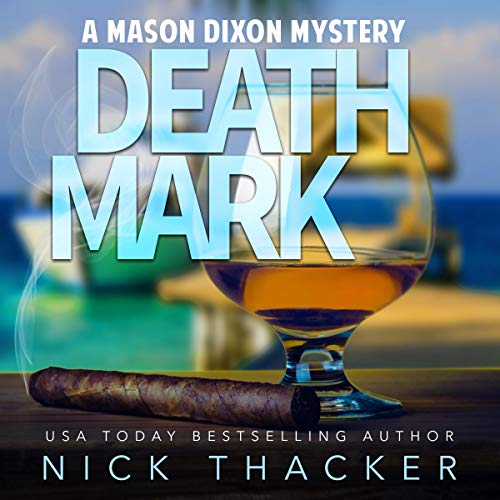 He kills for a living, but only those who need killing.

Mason Dixon is given a message: His father has been murdered. The man who did it? A rich rum distributor. Now, he wants to find him. And kill him.

Caught up in the wrong crowd, Mason Dixon just wants to spend his nights running his bar. He thought he was done with the killings, the late-night assassinations, the espionage, and bloodshed.

He wants to fish, relax on his boat, and hang out drinking the best whiskey he can find. He's a simple man, with a simple plan. But once again, Mason is lured into a deadly situation. He's been told that his father was murdered and that the man who did it is rich - one of the most successful spirits importers in the country.

Mason enlists his good friend and confidant Joey for help, and the two embark on a high seas chase, fighting against the imminent hurricane and a well-armed gang. Speedboat chases, firefights, and explosions become Mason's new reality. The only problem is that they're running out of time.

About Mason Dixon thrillers series: Each Mason Dixon thriller is a mix of nonstop action, crime fiction, noir, and espionage, with a dash of humor. Perfect for fans of Lee Child, Wayne Stinnett, James Patterson, and Robert Ludlum. The books are written in series, but each is meant to be enjoyed as a stand-alone (you can listen to them in any order).

Mason gets a message, he now wants the guy for murdering his father, With Joey , it begins not stop action. The author gives a depth to his characters, even to those that come to his bar. This is book two and does not disappoint. Given audio for my voluntary review and my honest opinion

Another amazing mason Dixon novel with amazing narration. Can not wait for book 3.

This book was provided free for review, however, the thoughts and opinions are my own.

Mason retired from the assassin business and just wants to run his bar. Other folks have a different plan and force him back in. We all know Mason doesn’t like to be told what to do. Great action and adventure as well as several interesting new characters. Very enjoyable!

The same performer as in Book one, I listened to one then two back to back. I now have his voice and inflections down that makes it easier to listen to. I enjoyed this book more then the first one. Have to be a bar tender to understand bar tending. I like the simple life that rolls into another life with his catfish chef. Added some interesting people into this story. Would love to see the boat and the bar on the boat. It's like watching a movie develop in my head as he moves along at a much faster pace then the first book. I am enjoying the character a lot as he strikes me as me at the bar owner.

I want to thank Nick and audible for providing this book to me. Great story, book three in the works.