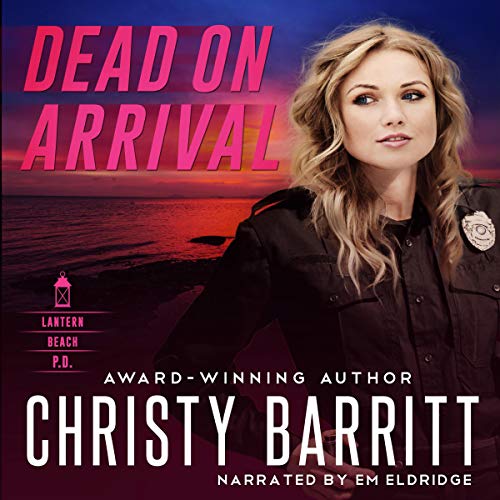 A make-or-break election. A food poisoning epidemic. A town in chaos.

With a highly charged local election consuming the community, Cassidy Chambers, the police chief, braces herself for a challenging day of breaking up petty conflicts and tamping down high emotions. But when widespread food poisoning spreads among potential voters across the island, Cassidy smells something rotten in the air.

As Cassidy examines every possibility to uncover what’s going on, local enigma Anthony Gilead again comes on her radar. The man is running for mayor, and his cult-like following is growing at an alarming rate. Cassidy feels certain he has a spy embedded in her inner circle. The problem is that her pool of suspects gets deeper every day.

Can Cassidy get to the bottom of what’s eating away at her peaceful island home? Will voters turn out despite the outbreak of illness plaguing their tranquil town? And the even bigger question: Has darkness come to stay on Lantern Beach?

Dead on Arrival is the fourth book in the new Lantern Beach P.D. series. Each novel contains a stand-alone mystery, but several overarching mysteries stretch throughout the entire series.

I am so OVER Anthony Gilead!

Lantern Beach has been through the wringer with each new installment of the series. So much suspense and intrigue I want to know the final out come but then it will be over.
I wonder what Christy Barritt’s next series will be?
But now onto #5 of this one! Woohoo!
Em Eldridge is awesome. Thank you, Ladies.

Final book in the series is missing

These are excellent books. However since these are not stand alone novels and the main mystery followed throughout the 1st 4 books is not resolved, all of us readers are left hanging with no resolution to the main story line. I don't know why audible does not carry the 5th book, but it is very disappointing to not have the main mystery throughout all 4 books resolved at the end of the series. Hope audible will decide to purchase and carry that 5th book.