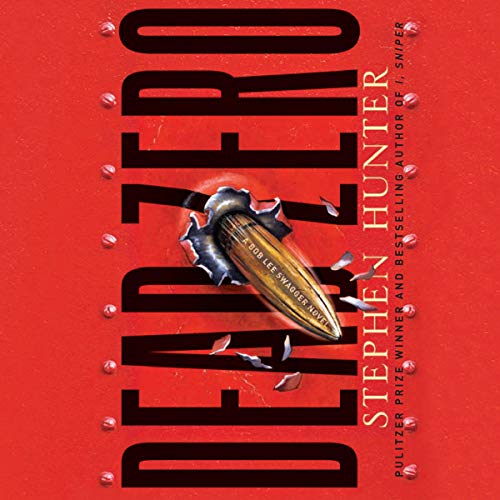 Who killed Whiskey 2-2? And why won’t it stay dead?

A marine sniper team on a mission in tribal territories on the Afghan-Pakistan border, Whiskey 2-2 is ambushed by professionals using the latest high-tech shooting gear. Badly wounded, the team’s sole survivor, Gunnery Sergeant Ray Cruz, aka “the Cruise Missile”, is determined to finish his job. He almost succeeds when a mystery blast terminates his enterprise, leaving a 30-foot crater where a building used to be — and where Sergeant Cruz was meant to be hiding.

Months pass. Ray’s target, an Afghan warlord named Ibrahim Zarzi, sometimes called “The Beheader”, becomes an American asset in the region and beyond, beloved by State, the Administration, and the Agency. He arrives in Washington for consecration as Our Man in Kabul. But so does a mysterious radio transmission, in last year’s code. It’s from Whiskey 2-2: MISSION WILL BE COMPLETED. CONFIDENCE IS HIGH.

Is Ray Cruz back? Has he gone rogue, is he insane, or just insanely angry? Will he succeed, though his antagonists now include the CIA, the FBI, and the same crew of bad boys that nearly killed him in Zabol province? Not to mention Bob Lee Swagger and a beautiful CIA agent named Susan Okada who gives Swagger more than just a patriotic reason to take the case.

Swagger, the legendary hero of seven of Hunter’s novels, is recruited by the FBI to stop the Cruise Missile from reaching his target. The problem is that the more Swagger learns about what happened in Zabol, the more he questions the U.S. government’s support of Zarzi and the more he identifies with Cruz as hunter instead of prey.

Like Jesse I enjoyed Hunter's previous work but this one wasn't up to par. The characters were obscured by a storm of details that read like a military training manual. As Jesse pointed out not all the details were fact. The 6th Air Force operated in the Panama Canal Zone and South America during WWII and not Europe. A Marine would NEVER refer to a Gunnery Sergeant as simply sergeant it would be Gunny or Gunnery Sergeant .. aqnything else would be a demotion. I'll admit these are trivial objections but it does make me wonder about all the other esoteric facts in the book.

While no marine, I agree with the other reviewers; this novel just isn't up to par. Lots of attempts at humor were lame and the story line just doesn't work. I didn't even finish this one. If someone were to suggest that Mr Hunter didn't write this I wouldn't necessarily disagree (and would actually be pleased to know it wasn't Mr Hunter's work). Kind of seems as though the point was to churn out another novel regardless of quality. I'll be back for the next novel, hoping that it mirrors earlier efforts.

Hunter still has the touch and proves it in the first chapter. Then he needlessly brings back Bob Lee Swagger, hero of earlier novels, turns him into a hillbilly detective, bores the reader to tears with gumshoe work, and finally ends with an implausible conspiracy and shoot-out. This book is all over the board, some good, some dull. Bob Lee Swagger is dead-weight. I am worried that revelations about Bob's previously unmentioned career in SOG may portend future books about the young Swagger in Vietnam. I say let Bob retire and give us more "Cruz Missile"!

I liked Hunter's earlier Bob Lee books, but the past couple have been disappointing. There's something I just can't put my finger on when it comes to the dialogue, but it doesn't come across as real. Some of it's sing-songy, and some of it is just inserted to wet the whistles of the gear nuts. Real operators don't talk to each other about the way Hunter has them talking. Another example is the way Hunter has Swagger talking about himself. (Clint Eastwood voice) "I'm just a loner.", "I'm a simple man." Blah, blah. It's contrived and sounds fake. Maybe it's just the way the narrator is reading it, but I don't think so. Basically, I think Hunter has just run out of ways to come up with a story that can include a sniper and his gear and so we've ended up with these past couple of books. Give it a pass.

Some issues with places and people

Much of the action that takes place near Camp Lejeune is described as taking place in SOUTH CAROLINA!??? What's up with that Mr. Hunter? ---

As Marine centric as all your stories are I would have thought you'd get that right. Glaring error. Camp Lejune and Jacksonville not "Jackson" is in North Carolina on the coast. Just north of Wilmington. Some other place names are referred to as in SC also although they are only a few miles off base. ---

You also refer to former Marines as "ex-Marines", a big no no as you should know. ---

The antagonists in this story are cartoon clowns and not the professional hitman one would expect Bob Lee to have to overcome and defeat. Seems like you're just pumping out BLS stories for the heck of it without any real attempt at a good story. ---

Also tell Buck Schirner to cut back to a pack a day. He often runs out of breath trying to finish sentences or say certain words and sounds like a smoker who doesn't have full lung capacity. ---

Hate to do this because I'm a fan of all your previous stories, but only 3 stars for this one. ---

If you could sum up Dead Zero in three words, what would they be?

The reader, along with Stephen Hunter's great writing ability provide for a great listening experience. Bob Lee is presented with another what appears to be a locked door mystery. But his persistence, intuition, common sense, and moral compass provide the reader with a fantastic story of true hero's.

What was one of the most memorable moments of Dead Zero?

Definitely! I found this book by accident, and had not realized that there had been more Bob Lee Swagger books written since I Sniper.

When Bob reveals what I had expected he did when he handed the National Intelligence Chief his brief case. Another example of Bob Lee's ability to turn the hunters into the hunted.

YES!
Please, Please make the original books in the Bob Lee Swagger series available in Unabridged versions with Buck Shcimer as the reader.

While Beau Bridges narrating the abridged versions is fine for what I assume will be more movie adaptations, it is crying shame that the orginial books, Point of Impact, Dirty White Boys, Time to Hunt, etc.... are not in unabridged audible format.

Would you consider the audio edition of Dead Zero to be better than the print version?

I have not read the print version of this story, but cannot imagine it could be better than the audible version. My reason behind this is the narrator, Buck Schirner. He is absolutely the best narrator I have ever heard. I could just see him, dressed in khakis, a cigar clenched in his teeth, he just sounds like I imagine Bob Lee would sound!

I liked the new, older version of Bob Lee. Just as tough and wiry as ever, but now he is acting as more of a consultant, someone who has been there, and done that many times and as such is a great help to all the agencies with which he deals.

What does Buck Schirner bring to the story that you wouldn’t experience if you just read the book?

Well, I guess I already answered that question. He really brings the military aspect of Bob Lee out. He also sounds older than the previous narrators, so he really fits the part.

No, it was a little more multi-layered, so I prefered listening for 45 to 60 minutes, and then thinking about what I heard and letting it sink in.

Bob Lee Swagger is pulled out of retirement to help the FBI track down a rogue sniper; Gunnery Sergeant Ray Cruz, aka “the Cruise Missile”. Cruz has been unjustly labeled because he escaped an ambush by an American kill team. Underlying political issues are involved in that little incident that will rear its head throughout the story. As Swagger investigates Cruz, he uncovers covert illegal dealings by the CIA that link with the Cruz investigation. Allegations fly. Political involvement only clouds the issues. Swagger finds himself in a perilous situation by supporting Cruz and changing the focus of his investigation. Dead Zero is an exciting, fast-paced thriller, and a solid recommendation.

Son Of Sniper? Do we have a second gen sequiI?

excellent as always. updated view of world events? is th÷re ! "Son of sniper?" lt looks like we have a Son the Nailer.

This 7th book has shades of "The Shooter" movie

Another action-packed entry in the excellent Bob Lee Swagger series, this book had some shades of the movie "The Shooter" which was based on "Point of Impact". Sniper and his spotter in the Middle East who get attacked by mysterious mercenaries, leading to a cat and mouse game over in the USA. In this book, as Bob Lee ages, we were introduced to a new young sniper hero, Ray Cruz. Bob Lee is brought in by the FBI to help locate Cruz and he then is drawn into the cat and mouse game that Cruz is immersed in. In this book, we see Bob Lee apparently losing a step as he blows something that the classic Bob Lee would never have. This does set up an important plot development later, but I was disappointed that Bob seemed to be losing some of his skill. Overall, this is right in line with the Swagger series - lots of action, guns and fun, and, as always, one of the best in this genre. Buck Schirner continues as an excellent narrator for this series.