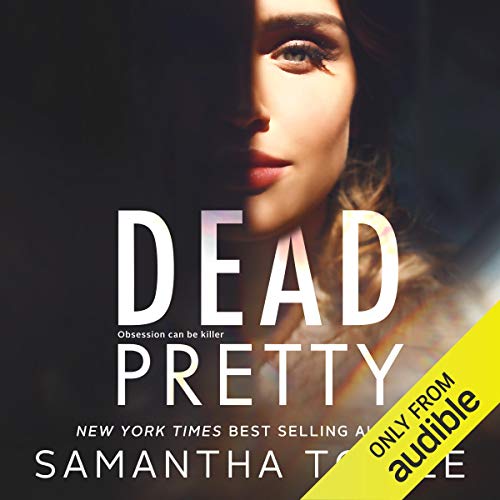 From New York Times best-selling author Samantha Towle comes a gripping psychological thriller that will have you on the edge of your seat.

I’d once believed that nothing would equal the pain of losing my parents.

I had barely even begun to process their deaths when it started.

The love notes, flowers, gifts...all anonymously left on my porch.

Then, I opened my door to a dead bird.

At first, I thought it had died naturally.

I knew that wasn’t the case when I found my neighbor’s cat the next day.

Then, the murders started.

The victims...women who looked eerily similar to me.

I had a stalker. A murderous one.

And I had no clue who he was.

He never showed me his face.

Not even when he carved his final message into me.

I survived that night. But my life was over. It had ended the moment Tobias Ripley’s infatuation with me began.

So, I changed my name and moved away.

Now, I live a life of solitude. I don’t make connections with anyone.

Until Jack Canti walks into my life with his sharp eyes and easy smiles.

Only Jack isn’t the man he says he is.

And when the murders start again, I’m left wondering if it’s a copycat.

What if Tobias wasn’t the real killer after all...and the murderer has been right here with me all along?

This book is completely different from previous books and it absolutely will blow your mind at the end. It's like one of those movies, psychological suspense ones that surprise you at the end. I have my suspicions of whom, but again, I wasn't expecting exactly that and how. I won't give away anything. Just read it. Narrator was good and once read, you'll see.... zip🤐 won't say another word. Love Samantha Towle. I have all her books and read them all. I've read them in order (chronology written) since, although it doesn't affect or disclose any important detail, in most of them are interactions with characters from previous books, like Jake Wethers from TMS. I am in love with TMS and everything she has written after that. She's become one of my favourite authors. 💗🍒💋🔥🎸

Story line dragged on and was mostly the main characters rambling thoughts or sex scenes. I skipped over half of the book. Ending was completely lost in the main storyline and was super disappointed in how it played out.