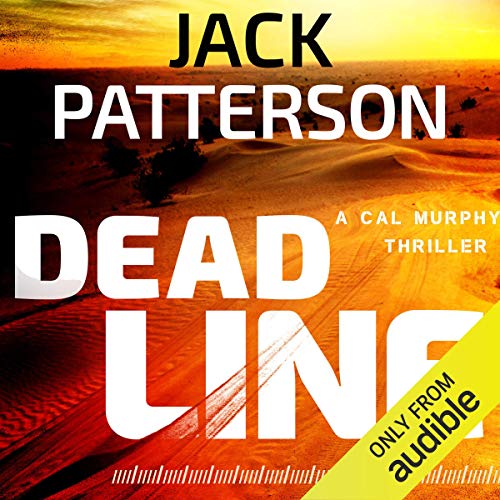 When veteran NFL quarterback Noah Larson finally guides his team to the Super Bowl, his dreams - and life - are dashed when his six-year-old son is kidnapped for a unique ransom: Lose the game or his son dies. Seattle sportswriter Cal Murphy and photographer Kelly Mendoza get pulled into an FBI sting to help rescue Noah's son in Mexico. But when everything falls apart, Cal and Kelly are left to save themselves, save Noah's son, and save the Super Bowl.

"You can tell Jack knows what it's like to live in the newspaper world... and he's proven that he also can write one heck of a murder mystery. With a clever plot and characters you badly want to succeed, he is on his way to becoming a new era James Patterson." (Josh Katzowitz, NFL writer for CBSSports.com and author of Sid Gillman: Father of the Passing Game)
"Jack's storytelling feels as natural as James Patterson's, and the short-chapter setup is the literary answer to Lay's potato chips: you just want one more and before you know it, you've gone through the whole thing." (David Bashore, The Times-News, Twin Falls, ID)

Cross the Line was a pleasant listen, but not an exciting one. It was not a bad story, but I simply felt unexcited, which should not be the case for a thriller-type story.

Jack Patterson wrote this story well. It was clear he had done the research and had put a lot of thought into it. I thought the story flowed perfectly. The story let me down because of the dialogue between characters. It simply was unrealistic. A few of the characters often went off on tangents when talking to someone about things they had discovered along the way. These tangents, which clearly were dialogue and not narration, were too-journalistic. I know a few journalists, and even when I get them started on a topic they're writing about, they still don't *talk* like they write. These characters spoke more like they were reading an article, rather than sitting at a table drinking coffee. It just felt unnatural. There were also a few times the characters used rare synonym's to describe things when talking to someone (again not during narration), even during the intense scenes. Most people I know under would go for the easiest word to describe something when under pressure, not the unusual synonym. (i.e., blue vs. azure)

Perhaps all these faults would not have been so disappointing (or rather, distracting?) to me had I read the book vs listened. The narrator was not horrible, he had a pleasant voice. However, the book was simply read to me, not narrated. He lacked the vocal talents needed to pull off not only a book, but especially a thriller. There were no differences between male and female voices, and often I could not tell which character was talking because there was no difference in dialect. The non-American bad characters in this book had normal American voices (even in their home country), and were not frightening or manipulative at all. Another fault, there were two very intense parts of the book that simply require some voice excitement, and there was absolutely none. During the part in which the son was kidnapped (forgive me for not marking this as a spoiler, but as it was in the book description, I didn't think it was necessary), I completely missed it because the narrator was so soothing and calm that I had no clue something big was happening. I literally had to go back a few minutes to re-listen to that part. Later in the book, during another big event, I had a similar unexcited response because of the calm tone. Overall, the narrator was pleasant and soothing, but I do think Cross the Line could have been done a lot better with someone who had more narrative vocal talent.

Cross the Line is a great book, despite all I've mentioned. And I do recommend giving it a try. Jack Patterson is a great writer, and I have enjoyed his work for a while now. I look forward to his future books.

This is the first book in this series. Cal is a reporter and is going to do the Superbowl. The Quarterback's son has been kidnapped and held making the Quarterback loose the game. Cal has to try and rescue the kid. Bill Cooper does a great job narrating this book. If my review is any help will you please click on the helpful link below. Thank you

Dead Line is a clean, well written thriller that kept me engaged from beginning to end. The characters are interesting and nicely developed. Kudos to the narrator on his performance. He is able to pull off the drama of the storyline without being over the top and over acting.

This was hard to listen to because of the nature of the story involving kids and greed with senseless violence. A positive ending but much needless cruelty and violence. I voluntarily listened to a free copy of this and am giving an honest review. The narrator was okay.

The stakes are high for Noah, to play the game and lose or his son. Excellent series, well done and with good narration. Given audio for my voluntary review

I thought it was a good story, interesting characters, and OK narration. Not a book I would stay up late to hear what happened next...

Gripping plot was the only thing this book had going for it. There was zero character development. The use of language was mediocre (e.g., using "penultimate" when it was obvious the author actually meant "ultimate.") The narration was also subpar. Although the narrator spoke clearly, he always sounded like he was reading. Of course he WAS reading, as all narrators do, but they don't all sound like it. Save your money.

I didn't finish it. It started out okay, interesting premise, but became implausible and then just boring. I might have finished it if I didn't have more promising audiobooks in my queue. I didn't hate it, but it didn't compel me to finish, thus 2 stars.

Decent story. The Superbowl is here. Two unlikely teams are readying for the big day. But the fix is in. Or is it? Cal Murphy, sports writer in Seattle, is in the thick of it. Well worth the time. 5 stars.