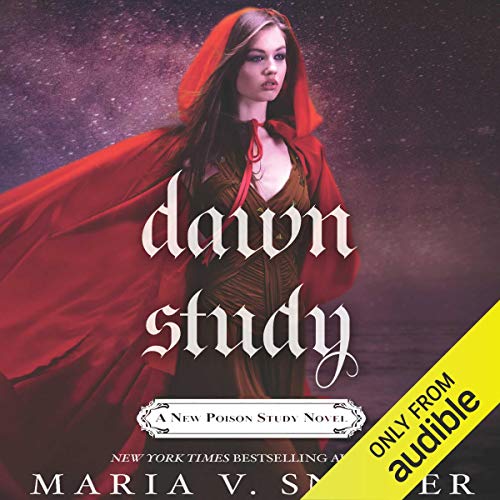 Despite the odds, Yelena and Valek have forged an irrevocable bond - and a family - that transcends borders. Now, when their two homelands stand on the brink of war, they must fight with magic and cunning to thwart an Ixian plot to invade Sitia.

Yelena seeks to break the hold of the insidious Theobroma that destroys a person's resistance to magical persuasion. But the Cartel is determined to keep influential citizens and Sitian diplomats in thrall - and Yelena at bay. With every bounty hunter after her, Yelena is forced to make a dangerous deal.

With might and magic, Valek peels back the layers of betrayal surrounding the Commander. At its rotten core lies a powerful magician...and his latest discovery. The fate of all rests upon two unlikely weapons. One may turn the tide. The other could spell the end of everything.

I was ecstatic when I found out that Ms. Snyder was writing a final three books to continue and conclude the story of Yelena and Valek. I've adored spending time in their world...I've laughed, loved, grieved and wept along with each of these characters and the world-wind of emotions has been wonderful. Dawn Study is everything I have come to expect from the Soulfinders series.

The inclusion of the different character's perspectives was great...particularly Valek and Janco. It really helps inform and round out the story, and provides real insight from characters which could only to be guessed at in the earlier books. The only difficulty is the eight year gap between the books (I know that the Glass series filled in some of those years, but still...). All of a sudden Fisk is seventeen and Valek is in his forties (I think).

It's a wonderful second trilogy to this series and I couldn't be happier with the ultimate conclusion. Smiles and tears, laughter and anger - Ms. Snyder continues to impress with the world of her imagination. Bravo!

The narrator occasionally seems to forget which character she’s playing and will go in & out of various accents or use the wrong voice which is confusing as you listen.
My biggest complaint though is that 95% of the story is preparing for war. It was so dull! I felt like author was just trying to stretch pages & make a novella into a book. Sad, as I loved the series until this one.

Though I did enjoy the story, the various protagonists were captured by their even more various enemies SO often, that I would be surprised if there wasn’t already a group of bibliophiles out there who’ve made a drinking game out of it... seriously, I’ve never encountered an author who has likewise used this plot device to this extent. In fact, it got to the point where it surprised me if someone DIDN’T get caught during a mission.

As usual, the relationship between our two main protagonists was quite lovely, and the narrator on-point.

Especaially this concluding book! I read the first three books, and listened to the last two. Now I wish i had the books to look back at! However, the narrator was amazing and I loved "hearing" Valek's voice and personality.

After the ending, I really want to know what happens to Yelena's and Valek's new child - or foal, as Kiki calls it. I hope there are more installments to come to this story, but it was still a satisfying ending. I enjoyed the plot twists, as I didn't see them coming. If you've made it this far in the series, you might as well buy this one and find out what happens next!

one of my favorite book series 😍

I love the study and glass books. I actually have most of both in hardback but enjoyed them so much I also purchased and listened here on Audible. I'm happy to say that they were as good in my head and imagination as they were listening to someone else's rendition. thank you Maria for keeping me entertained for long hours. I loved Valek so much I named my dog after him. I have and will continue to recommend to everyone!

What a wonderful story to end this series. Full of suspence, action, music and love. This has been one of my all time favorite book series. I fell in love with the characters, and the storytelling is exceptional. I even passed along the stories to the next generation (my daughter and her friends). Thank you for such wonderful storytelling Ms.Snyder.

This was a disappointing book, serving as the culmination for what began as a good series and ended as a tedious bore. All of the characters by this point are 1-dimensional "good" and "bad" with no unique motivations. No new ground is explored in the interesting magical aspects of the story; only the same mind-control, capture, & breakout plotlines as all of the previous books. I would recommend potential readers to either read only Poison Study--the strongest of the series by far--or stop after Fire Study to round out the original trilogy.

Wow!!!! Adventure, friends, love, and as always kept on the edge of my seat!!! I just can't get enough of this gang!!! Thank you for another amazing book!

The end was so heartfelt and had me ugly crying. What a beautiful conclusion. I’m just sad the series is over. Cmon Ms. Snyder, pick the pen back up for the avid fans of this series <3