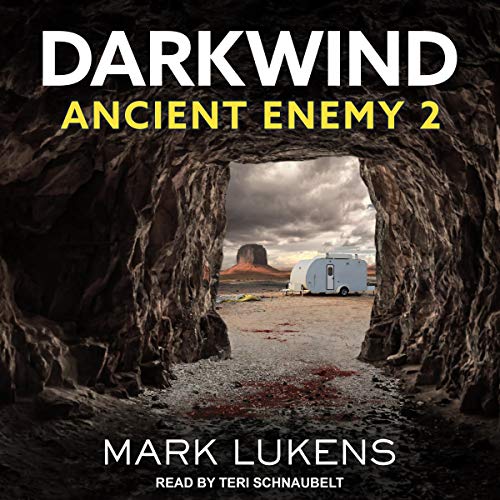 After a rancher finds 10 mutilated bodies at an archaeological dig site on the Navajo Reservation, both Captain Begay of the Navajo Tribal Police and Special Agent Palmer of the FBI become involved...but the case leads Palmer back up to Colorado where five more mutilated bodies and Stella's vehicle have been discovered at a burning cabin.

Cole, Stella, and David escape the cabin, heading south to get David back down to the Navajo lands. Now that Stella believes David is a natural-born shaman, she knows their only hope of David ever defeating the Ancient Enemy is to find a reclusive shaman named Joe Blackhorn who can help train David.

But with Agent Palmer and Captain Begay hot on their trail, Cole and Stella must find Joe Blackhorn and the secrets he possesses before the Ancient Enemy destroys them all.

It just didn't work for me. The idea has promise, but the book just plods along, and none of the characters are ever really developed. The 'Ancient Enemy' shows up a few times, and there are some grisly descriptions of the victims, but overall, the titular character doesn't do all that much and not much interesting is revealed about it. The biggest problem with the book is that so much of it consists of tedious details that neither advance the story nor develop the characters. The author never passes up an opportunity to describe a driveway and all the cars parked in it, and there is a lot of parking going on this book. We're told in exacting detail what the characters buy when they go to the store. We get the banal back stories and internal thoughts of minor supporting characters, whose only real purpose is to die soon. And so on, ad infinitum ... Worst of all, the main characters are dull. The Navajo sheriff is just the good, wise Indian who knows what's going on ... kind of. That's pretty much it for him. The FBI agent does absolutely nothing other than refuse to believe in Navajo myth (in spite of overwhelming evidence that something just ain't right ...), be a jackass to the Navajo, and pad the narrative with dull police procedures and bore us with his mundane theorizing (which we already know are sooo wrong). The other three main characters (introduced in the previous novel) don't really do anything either, except run from the Ancient Enemy, stay in hotels, drive various vehicles, buy snacks and toothbrushes at stores and fret a lot. The 'final showdown' with the Ancient Enemy is the high point of the book, but it's pretty short. By the time it *finally* happens I was almost hoping the critter would just kill them all. Overall, potentially good short, but way, way too much dull filler to pad it out to a novel. Don't think I will be getting the last two books in this series.