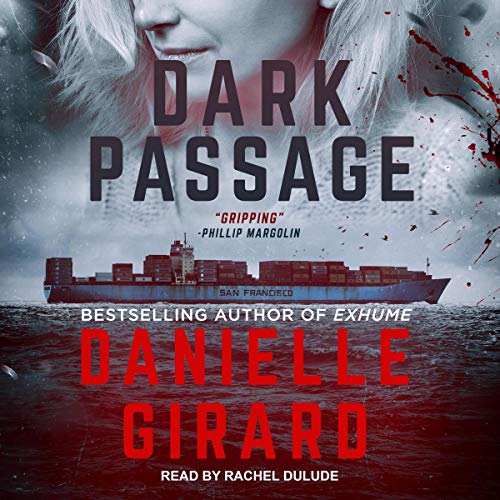 Cameron Cruz feels like she'll never recover when her lover, Diego, is killed during an undercover assignment - leaving her pregnant with his unborn son.

Back from maternity leave, Cameron is ready to rejoin her Special Ops team and works to shut down a human trafficking operation. But when she witnesses a fellow officer shot, she can hardly believe her eyes. Because the shooter is someone she trusted. Someone she loved. Someone she thought was dead...

Despite what she's seen, Cameron's love for Diego is as alive as he is. She believes he's innocent - she just has to prove it. But the closer she gets to the traffickers, the closer her investigation comes to her department's front door. Suddenly, she must question who she can trust. And who is willing to risk it all to send her - and the truth - to the grave.

DARK PASSAGE is even better than my 4 star rating likely indicates, but I could not find a way to justify 5 stars, maybe 4.5 stars. It is yet another novel about human sex trafficking. Special Ops detective Cameron Cruz is the likable protagonist. The plot is realistic. Suspense is terrific. Rachael Dulude's narration is superb. The publisher's summary sets up the plot well, but may go a bit far. Like the two earlier novels in The (women's) Rookie Club series, DARK PASSAGE is a very worthwhile listen.

Another great book in the series!

Another great story line and it did not disappoint! Dark Passage is very well written with a great plot and story development. Now I can’t wait for White Out. Danielle is a very talented writer. Don’t miss out!

enjoyed the series of books. I hope there will be more. it is interesting reading about police investigations through the eyes of a woman. great books and a great author