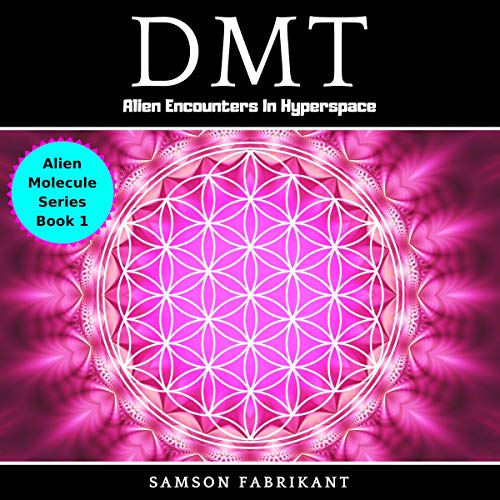 DMT, also known as N, N-Dimethyltryptamine, is a naturally occurring molecule that is produced naturally in the lungs of humans. It can also be found in various species of plants and animals throughout the world.

In its extracted form, DMT is considered a powerful psychedelic drug and is considered highly illegal in most countries throughout the world. However, it is legal in some countries.

As a drug, DMT is most popular in two forms. The first being a drink that is commonly referred to as ayahuasca, and the second being the pure extract, which is smoked or vaped.

It is also thought, that through deep levels of meditation, one can stimulate the human body’s natural production of DMT to enter psychedelic states naturally.

This book focuses on the telling of the experiences that various humans have had with this molecule.

The book is unusually small as far as pages or how many total words, however, I've read every book I can find on this topic and this book is the best by far because in a few hours you get a complete understanding of what it is and what happens, what people's experiences are and even how to cope if you find yourself in some of these same places described.

I looked everywhere to see if there were any more books by this author, hopefully describing experiences with this same substance, but I could not find any other work anywhere.

I am interested in this particular author's ability to create research content on topics that may explain some of the most important questions of life, to the degree that I would happily help fund the next book.

I've had a near death experience before, and the stories in this book kind of reminds me of that. I have no question in my mind that this is a glimpse of the afterlife we are seeing, and while a near death experience can get you there, apparently so can this substance. I think most who have had these experiences interpret what's going on in a certain way, because they don't fully understand what is going on, but I'm pretty sure these are not aliens in another dimension we are dealing with and more likely are spirits guarding the gateway to the other side. A phenomenal book!

Some of these stories are pretty shocking, some seemed amazing, and some seemed really weird. It makes me wonder if these people are actually travelling into another dimension or why the mind would create such hallucinations. Definitely a thought provoking book to say the least!

Having some of my own experiences, I can most definitely day that it's hard to put these kinds of stories into words, but this audiobook does a good job of it. Yeah, this is what it's really like.

I was looking for an audio book that explained the experiences that users of DMT have, especially those who have entity contact, and this gem doesn't fail to disappoint. Highly recommended!

Entertaining but not great

Entertaining trip reports, but the narration and audio recording were horrible. It held my attention but felt like a conglomeration of Erowid trip reports written as a college essay.

I appreciate it how people's Journeys can differ and how that was explained. In addition, experiences with different amounts of dosing with Ayahuasca can affect the psyche. Clearly this person has interacted with many people and is able to come up with a generalization of what can happen.

Only wish it was a longer book. But great otherwise. Worth the cheap price tag.

This audio book really lays it out what it's like to go hardcore with this stuff, stories amazed me, love these stories!

I can believe I lost a credit for such a short audio!!!
It looks like the histories are made up based on the vocabulary.