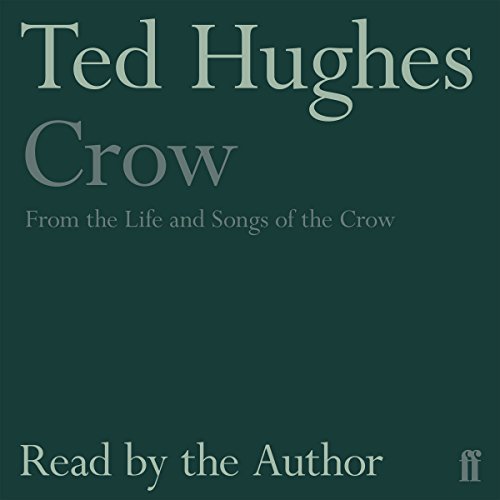 From his remarkable debut The Hawk in the Rain (1957) to his death in 1998, Ted Hughes was a colossal presence in the English literary landscape. He was also admired as a performer of his own work.

Crow is one of his most significant collections, focusing on the central figure of the crow - predatory, mocking and indestructible. Crow is read here by the author in its entirety and with narrative links not included in the published text.

Ted Hughes (1930-1998) was born in Yorkshire. The Hawk in the Rain was published by Faber and Faber and was followed by many volumes of poetry and prose for adults and children, including Moortown Diary (1979). He received the Whitbread Book of the Year for both Tales from Ovid (1997) and Birthday Letters (1998). He was Poet Laureate from 1984, and in 1998 he was appointed to the Order of Merit.

"Each fresh encounter with despair becomes the occasion for a separate, almost funny, story in which natural forces and creatures, mythic figures, even parts of the body, act out their special roles, each endowed with its own irrepressible life. With Crow, Hughes joins the select band of survivor-poets whose work is adequate to the destructive reality we inhabit." (A. Alvarez, Observer)
"Nobody will be able to read or write verse now without the black shape of Crow falling across the page." (Peter Porter, The Guardian)