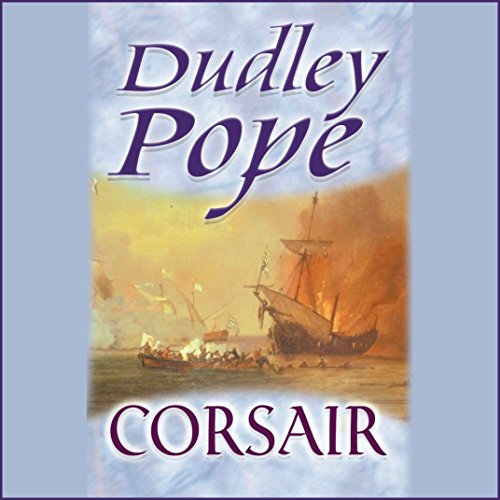 In the 1660’s Jamaica was an uneasy island, occupied by Spain but settled by the English and French. When Admiral of the Brethren, Ned Yorke, a brave, loyal Buccaneer, learns that Spain is mounting a Caribbean fleet perhaps to protect the treasures of Spanish ships, or carry an army to Jamaica, he vows to find out the truth. Yorke’s audacious attacks on Spanish camps reveal all and the Buccaneers must fight a bloody, desperate battle to try and hinder them.

I didn't know these were written. I like them as well as the Ramage series.

Would you listen to Corsair again? Why?

What was one of the most memorable moments of Corsair?

Many, I liked all the cast and the women were unforgetable

Who was the most memorable character of Corsair and why?