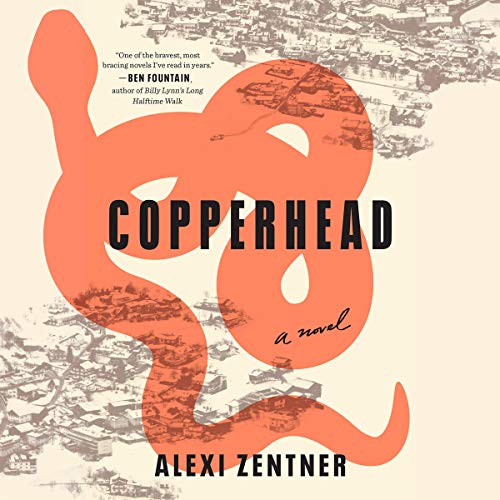 "One of the bravest, most bracing novels I've read in years." (Ben Fountain, author of Billy Lynn's Long Halftime Walk)

Jessup's stepfather gave him almost everything good in his life - a sober mother, a sister, a sense of home, and the game of football. But during the years that David John spent in prison for his part in a brutal hate crime, Jessup came to realize that his stepfather is also a source of lethal poison for his family. Now it's Jessup's senior year, and all he wants to do is lay low until he can accept one of the football scholarships that will be his ticket out of town.

So when his stepfather is released from prison, Jessup is faced with an impossible choice: condemn the man who saved his family or accept his part in his family's legacy of bigotry. Before he can choose a side, Jessup will cause a terrible accident and cover it up - a mistake with the power to ruin them all.

Told with relentless honesty and a ferocious gaze directed at contemporary America's darkest corners, Copperhead vibrates with the energy released by football tackles and car crashes and asks uncomfortable questions about the price we pay - and the mistakes we'll repeat - when we live under the weight of a history we've yet to reckon with. Alexi Zentner unspools the story of boys who think they're men and of the entrenched thinking behind a split-second decision, and asks whether hatred, prejudice, and violence can ever be unlearned.

“Copperhead is one of the bravest, most bracing novels I've read in years, a story of race in America that pulls no punches. A good kid finds himself in pretty much the worst spot a kid can be, caught amid the competing claims of family, church, justice, conscience, and the love of his young life. Alexi Zentner has delivered a glorious knockout of a novel.” (Ben Fountain, author of Billy Lynn’s Long Halftime Walk)

“A deeply personal and unflinching interrogation of the battle between self and history from a writer who never shies from unnerving his readers, Copperhead is an incredibly ambitious undertaking, rendered in sparse, impressionistic prose.” (Téa Obreht, author of The Tiger’s Wife and Inland)

“Copperhead is a propulsive, masterful novel set in upstate New York that begins with the violent game of football and soon plunges into the foundational American violence of race and class, the cold air in which we learn to live.” (Zachary Lazar, author of Vengeance)

An excellent thought provoking timely novel.
Lots to think about and hopeful in a time that I feel it is needed.

Damn! Good book! Not what I expected!

Wow! Good book. I’ll confess that I had to stop listening to the audiobook after listening to a few minutes because the narrator’s voice really bothered me. It sounded very monotone. I stopped listening for about two weeks then I finally started back up—I got burned out listening to radio music. 🙄🙄🙄 I’m glad I returned to this book. It’s a great book. The story line and Jessep and David John’s change of heart. I’m not a great writer in describing my feelings but trust me, this is a book worth reading.

Love the prospective it takes. I am glad to see someone take a different angle on a issue that is relevant in today's society. It reminds me of the movie American History X with Edward Norton. Solid book.

Good enough but not up to the task

This story has so much promise - conveying the genuine dignity and challenges of being poor and white in small town America. But all the answers come too easily. The characters, while well drawn, are more caricature than believable. And the dialogue ranges from painfully awkward to merely awkward.

All that said, the story held me enough not to quit listening. And the narration was sensitive and well done.