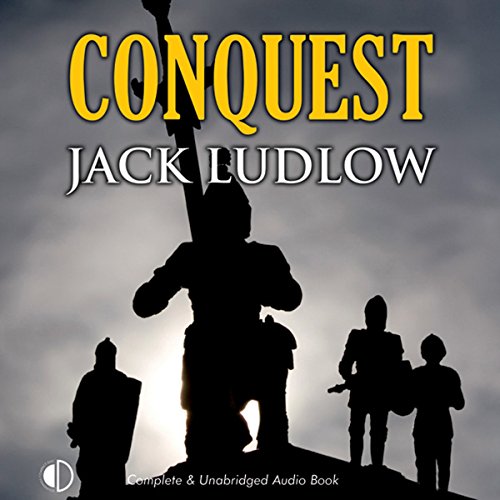 In 20 years the de Hauteville brothers have gone from penniless obscurity to become the most potent warrior family in Christendom. Now, at the head of the tribe stands Robert, who has only one aim: to expand his power by military conquest. Roger, the youngest of the brothers, is a giant in build and a great fighter. In company - and sometimes in conflict - with Robert, he will seek to raise the family to the pinnacle of influence.

Their chosen enemies are the mighty Saracen Emirs of Sicily, and conquest comes before all, even if the path is not easy.

Decent Ending to a Decent Trilogy

A good ending to the trilogy. Robert and Roger (pronounce it with a french accent) complete the conquest of Sicily and sounthern Italy. This has been interesting to me since I knew nothing of the Normans and what kind of influence they had on the world in their time. I have stood on the wall of a Norman keep in England, and seen Monty Python's impersonation in The Holy Grail, but never realized what they did other places

Lives up to the series

This story is well in keeping with Jack Ludlow's historical fiction. The story is exciting and suspencfull for one who is not familiar withthe actual history. I find the suspence very good for te circulation. Moreover, I find the story spell binding. It is a great story and a great escape into the past for a few hours.

Have greatly enjoyed this entire series about the Norman influence in Italy. Well written and well read. Will get all of Jack Ludlow's recordings.