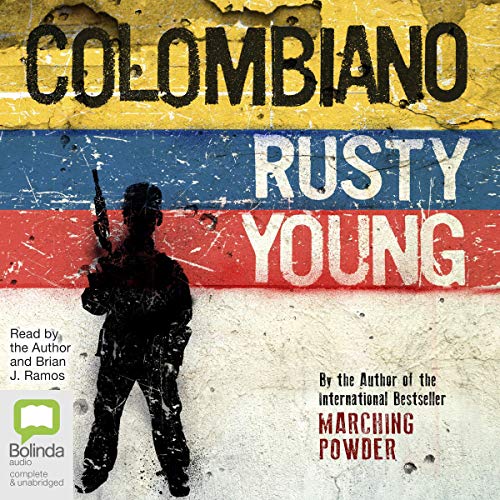 Blending fact and fiction, Colombiano is a powerful and heart-rending story of revenge and war, set in Colombia.

In Colombia you have to pick a side. Or one will be picked for you....

All Pedro Gutiérrez cares about is fishing, playing pool and his girlfriend Camila’s promise to sleep with him on his 16th birthday. But his life is ripped apart when guerrilla soldiers callously execute his father in front of him, and he and his mother are banished from their farm.

Swearing vengeance against the five men responsible, Pedro, with his best friend Palillo, joins an illegal paramilitary group, where he is trained to fight, kill and crush any sign of weakness.

But as he descends into a world of unspeakable violence, Pedro must decide how far he is willing to go. Can he stop himself before he becomes just as ruthless as those he is hunting? Or will his dark obsession cost him all he loves?

At first I wasn't sure if I was going to like the narrator but I have to say he did an excellent job. I really enjoyed this audiobook. I went searching for other books by Rusty Young after randomly coming across a copy of Marching Powder back in college. I was not disappointed and I will be one of the first to purchase if Rusty Young writes another book.