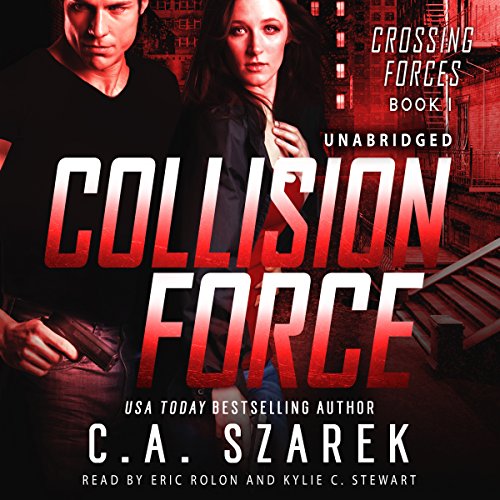 The last thing Andi needs is a cocky FBI agent....

Bad boy FBI agent Cole Lucas always gets his man. So when the unthinkable happens and one gets away, Cole grits his teeth and hunts the human trafficker all the way to Antioch, Texas, where he collides with Detective Andi MacLaren.

Cole doesn’t do small towns, and he doesn’t get involved with women with whom he works, but Andi tempts him in ways he doesn’t want to acknowledge.

Two murders, her partner shot, and leading the investigation on her own, the last thing Andi needs is a cocky FBI agent who sees her as no more than a tag-along.

As a widow and single mother, she’s used to being on her own. When Cole gets stuck without a place to stay, crashing on her couch puts them in dangerous territory.

Attraction and passion bring Andi to a place she left behind when her husband died.

Her three-year-old son quickly wiggles his way into Cole’s heart, and he starts contemplating things - family, love - that he’d never planned for himself.

Can being forced to work together make them stronger, or will their differences jeopardize their case and their hearts?

Crossing Forces, Book 1 is a fast paced dynamic romantic suspense. Characters Cole Lucas and Andi McLaren are compelling with complex personalities. Supporting character's play a intricate role in this story.
I love the bonus short Christmas story at the end as we saw a glimpse of the characters future.
The narration showcases the law enforcement realm explicitly. I really enjoyed listening to Kylie's voice. I found Eric speaking very quickly and took a bit a way from the story as I found myself having to pay real close attention. The voices depicted law enforcement. Overall, a sizzling entertaining read.

This was my first CA Szarek's book. This the first book in the Crossing Forces Series, a Romantic Suspense. The two main characters, Cole and Andi, are great together and they share a strong chemistry. The story is well written, fast-paced, action packed, entertaining and steamy! Andi, a Detective and a widow, is a strong woman and a good Mom. Andi, a FBI Agent, is a handsome man, possessive and protective, who cares about Andi and her son Ethan. I absolutely love their beautiful HEA. I loved the bonus! I can't wait to listen to the next book in the Series, Chance Collision, Pete and Nikki's story. The duet narration was really great, easy to listen and entertaining. I'm looking forward for more books written by this author and narrated by these narrators.

A very good beginning for the series

This story is the beginning of a new series titled Crossing Forces. A series revolving around law enforcement individuals.
This one centers around Cole Lucas and Andi MacLaren.
Cole is an FBI agent driven to get a human trafficker that has escaped him numerous times. He follows him to Antioch, TX. Here he meets Andi. She is a detective, widow and has now been partnered with Cole.Her police partner, was injured by the Maldonado, the man Cole is after. Cole resents having a partner and she resents his cockiness and disregard of her. But in the midst of this collision, there is an attraction.
Andi ends up having to house Cole where he sees another side of her , as a mother. Needless to say, her boy, Ethan , steals Cole’s heart , as does his Mother.
The plot thickens while the two of them not only work together to get the trafficker, but also as their relationship develops. The main characters are complex and the secondary ones are interesting with potential stories all of their own.
All that said, I have to confess that I disliked Cole during the first 20% of the book. His attitude towards Andi, and disregard of her as a professional rubbed me the wrong way. He redeemed himself, but it did take a while.
The narration was interesting. Instead of only one narrator using the various intonation to depict the different characters, the audio uses a male and a female to do the narration.
A promising series that promises to keep the readers entertained.

I absolutely love this series and was thrilled to find out the books are all coming to audible!!! The narrators brought this story to life in a whole new way, I absolutely love their voices and look forward to hearing more from both this author and the duo!
Andi & Cole are a great couple! I cannot wait to hear Nikki & Pete's story next and eventually the entire series! <3