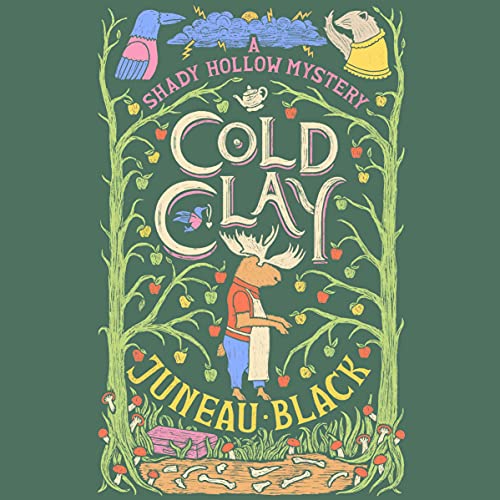 The second book in the Shady Hollow series, in which some long-buried secrets come to light, throwing suspicion on a beloved local denizen.

It's autumn in Shady Hollow, and residents are looking forward to harvest feasts. But then a rabbit discovers a grisly crop: the bones of a moose.

Soon, the owner of Joe's Mug is dragged out of the coffeeshop and questioned by the police about the night his wife walked out of his life - and Shady Hollow - forever. It seems like an open-and-shut case, but dogged reporter Vera Vixen doesn't believe gentle Joe is a killer. She'll do anything to prove his innocence...even if it means digging into secrets her neighbors would rather leave buried.