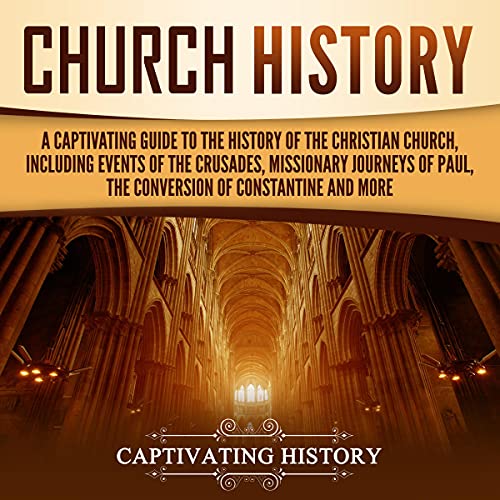 Have you ever wondered why the Christian Church has played such an important role in the secular affairs and in the politics of the ancient, medieval, and modern worlds?

Generations of historians have marveled at the development of the Christian Church. It began as a modest undertaking by Christ’s disciples and appears today as a multi-faceted global enterprise comprising some 30,000 Christian denominations.

The intriguing story told in this audiobook, recounted in everyday language, deals head-on with some of the most divisive ideas in humanity’s history. For it is religion that is at the heart of secular society’s organization today, whether it is to separate church and state or to combine the two.

In this fascinating retelling of how the Christian Church came to be what it is today, you will learn:

Scroll up and click the "buy now” button to learn more about the history of the Christian Church.