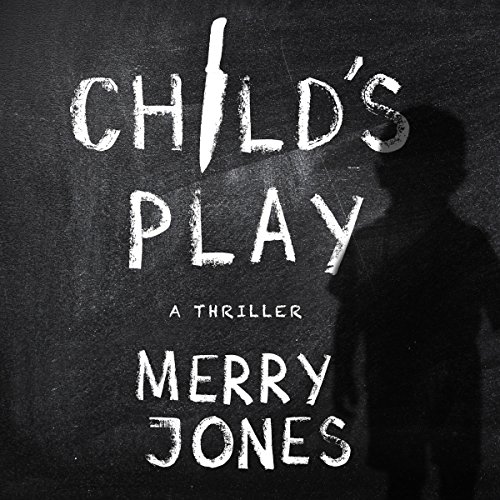 Since her husband's murder two years earlier, life hasn't been easy for Elle Harrison. Now, at the start of a new school year, the second grade teacher is determined to move on. She's selling her house and delving into new experiences, like learning trapeze.

Just before the first day of school, Elle learns that a former student, Ty Evans, has been released from juvenile detention where he served time for killing his abusive father. Within days of his release, Elle's school principal, who'd tormented Ty as a child, is brutally murdered. So is a teacher at the school. And Ty's former girlfriend. All the victims have links to Ty.

Ty's younger brother, Seth, is in Elle's class. When Seth shows up at school beaten and bruised, Elle reports the abuse, and authorities remove Seth and his older sister, Katie, from their home. Is Ty the abuser?

Ty seeks Elle out, confiding that she's the only adult he's ever trusted. She tries to be open-minded, even wonders if he's been wrongly condemned. But when she's assaulted in the night, she suspects that Ty is her attacker. Is he a serial killer? Is she his next intended victim?

Before Elle discovers the truth, she's caught in a deadly trap that challenges her deepest convictions about guilt and innocence, childhood and family. Pushed to her limits, she's forced to face her fears and apply new skills in a deadly fight to survive.

I don't recommend this book unless you read the book that were first in the series. I was not caught up in this book and it was hard to get into, for me. I was about 55% through the book and still was not really excited about it. The for me was very slow. I was not scared by this book and I was hoping it would be a great book. It was ok but I wish I had more things to say than that. The characters were a bunch of great life long friends which I admire but that is about all I can say about them. None of them really stood out to me. I was disappointed in this book. &quot;This book was given to me for free at my request and I provided this voluntary review.&quot;

I thoroughly enjoyed 'Child's Play' but then again, I am a sucker for a good mystery/thriller that stars several awesome female protagonists. This story revolves around Elle, a teacher who has the tendency to slip away into her mind, and who seems to be surrounded by murder. I thought this tale had a great mix of gruesome horror elements, horrifying realities such as child abuse, a spooky stalker (or two), love between friends, and the desperate need to survive. A well rounded story, 'Child's Play,' was one that I had a really hard time putting down. Karen Rose Richter does a phenomenal job of narration. I would recommend this book to any of my friends, really! 10/10

Would you try another book from Merry Jones and/or Karen Rose Richter?

The characters in this book are very peculiar and weird. Elle is made to look very pathetic and her long monologues in her mind are very frustrating. Her friends are very irritating too and don't help in any way at all. As the story progressed, it became more n more frustrating and I lost interest after some time.

Has Child's Play: The Elle Harrison Series turned you off from other books in this genre?

No. No one book can turn me off from an entire genre.

If you could play editor, what scene or scenes would you have cut from Child's Play: The Elle Harrison Series?

A huge chunk of the book is spent on what's going on in Elle's head. And most of the time, it is a waste of time. It doesn't contribute anything to the story or the main plot. Those scenes can be cut easily.

I received this book for free from the author / narrator / publisher, in exchange for an unbiased review.

Yes, I enjoyed the overall story, but much of the book is spent in the head of Elle and in my opinion too much time. A lot of the in her head conversations were meaningless and became too much at times

The overall story and the mystery

Would you listen to another book narrated by Karen Rose Richter?

The narrator did a good job and I had a mental image of the scenes for much of the book. I would listen to another book narrated by Richter.

Was Child's Play: The Elle Harrison Series worth the listening time?

I did enjoy the book and it was a quick listen, but too much time is spent with the internal struggle in Elle's head so it's unlikely I will listen to any more books in this series.

"This book was given to me for free from the author at my request for my voluntary and unbiased review."

Not really my cup of tea. Thought I would try this one out as a change of pace on my usual read. I didn't feel like I, as the reader, was left to create the image of what was happening in my head. Everything was explained 3 or more times and then rehashed later in the story. There were some spots that I felt everything was picking up but then I felt deflated as the story went flat. The reader did a decent job, but overall I was left feeling nothing for the characters or the circumstances they were in. Just not the story for me this time.

Story plods along with uninspired narration

I got to about 20% of the audio version before giving up. I was not thrilled at all.

The story relies heavily on the thoughts meandering through the protagonist's mind. Her thoughts are often repetitive, at times irrelevant and rarely of interest.

The story just plods along, and the narrator is not helping. Her pacing is excruciatingly slow. She has not injected any excitement into the narration - even the description of the murder is painfully devoid of emotion.

A thriller is meant to excite you, keep you wandering what's going to happen next. This book does not meet the grade.

I like a story that takes me by surprise. I thought at first that this was a horror book, probably because the title threw me off, so going into it without a clue was a good thing for me.

The main character Ella was a strong character, and I like strong women in books. There were a few times when I had to hit rewind to keep up and make sure I didn't miss anything, but that was probably because bad drivers distracted me from the book while I was on the road, not because of any fault of the book.

Narrator Karen Rose Richter did a terrific job with the reading, and her ability to do both male and female voices is amazing. That's not always the case with female narrators, but Karen's narration was a home run.

Be patient with this story and allow it to draw you in. It's worth it in the end. I was provided with a copy of this book in exchange for an honest review.

The story was good. However, I was able to decipher who the killer was about halfway through the book. There were a couple of unnecessary chapters that didn't really move the plot along, but overall it was a well written book with a little suspense thrown in.

The narrator did a decent job at portraying the different female character voices, however, all of her male voices sounded similar making it difficult to determine who was talking when there was more than one male character in the scene.

I was given this book by the author/narrator for free for an unbiased review of the book.

Holy angst and murders, batman!! This book was intense! It was suspenseful and it was holy wow! I could not get enough of this book and I didn't want to quit reading until I knew what was going on. I don't read a lot of stories like this anymore, so it was a nice change of pace.

There were a few times I thought we could be moving faster, but not enough I wanted to quit. I had different theories all through out the story and they kept changing. Interesting read for sure!

Narration was perfect, as well! I could tell the characters apart and it brought the story to life. Sometimes a little too much to life and I was creeped out. haha. Great job though.

I heart this book a lot. I don't usually listen to mysteries so I was dubious but gave it a chance anyway and was pleasantly surprised. It was quick, complicated enough to keep my interest (but not so complicated that it was difficult to listen to), and the voice of the narrator was perfect. In other words, it was the perfect audiobook.

I don't want to spoil it for anyone, so I won't go into too much detail but it had me until the end.