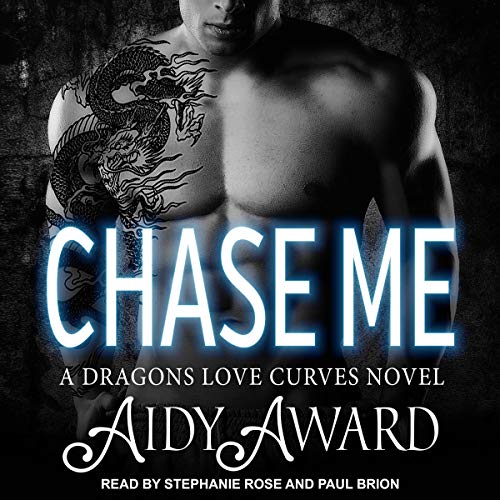 She's stolen a priceless relic from his treasure, and his heart.

Ciara is the best damn wedding planner this side of anywhere, but she's no thief. That's exactly what the sexy-ass dragon shifter has accused her of - stealing his treasure. She's going to steal something of his all right, his sanity, if he doesn't let her go so she can get back to giving couples their happy-ever-afters. It's the best way to ignore the fact she's sure she'll never get her own. Not with any man, or even a dragon.

Jakob is either going to kill the sexy, curvy woman who denies she has The First Dragon's relic, or take her to bed and drive her as crazy as she's making him. Why does he want her so much he can't even properly interrogate her? Might have something to do with the way his soul is screaming at him to mark her, claim her, f--k her, and make dragon babies with her.

He can't give her his soul if she's already stolen it, or something darker and more dangerous has.

love comes in all sizes

Ooooohhh, hold on for one super sexy ride. In this first book in the Dragons Love Curves series we meet Ciara and Jakob. After years of emotional abuse by her mother and personal doubt brought on by her weight, Ciara has shut down her emotions and hidden behind a wall pretending everything is fine. That is until she is kidnapped by a dragon. With the help of a ghostly woman, Ciara begins to access powers she never knew she had. While she doesn’t deny she is attracted to Jakob and the sex is H O T, she doesn’t think she is ready for the commitment being a mate requires. As her powers grow the walls around her heart fall away. This books shows that loves comes in all sizes and sex can be even hotter with curves!

This was a hot listen. Ciara was a full curvy witch and Jakob a sexy dragon was all in lust for her. There was excitement and steamy parts to this one. It was an intriguing listen and before I knew it, it was over. The narrators did a great job.

so cute and dirty

It was enjoyable! But it's lacking something ..

I really liked this book. I didn't love it as much as I could have, but I liked it. It just seemed as if things happened so easily and predictably. I might read the second book at some point, but it'll have to draw me in a little more than this one did to really get under my skin and bring that special feel you get when you're listening to a book you can't put down. I loved the characters and the concept, which are unique in their way (LOVED the curvy female protag, we need more of those!), but it just felt like everything was so easily accepted. Dragon man steals girl, girl ends up being magical, girl runs, dragon Chase's and saves her to win not only the battle but her heart too is pretty much the summary. There's a little more to it than that to the plot in terms of details that enhance a bit of mystery, but these characters have no mystery whatsoever. And maybe that's their unique design, I don't know, most of the situations just felt... too easily resolved and simplified. I wish things could be a little more complicated so that we can get a better idea of who these two people are and what plagues them or makes them happy beyond knowing your mom is a jerk. I wish I could explain it a little more intricately but I can't. It's worth a read though, there are some acutely hot moments but what you're me up is all of the talk of kink but we barely even get a taste! I don't know if book two continues Ciara and Jacob's story or if it moves on to others and just advances some of the plot from this one but these two kind of need a second book. So all in all, I give it about 7 dragon soul shards out of 10 on the scale from 'yuck, I hated this with a passion' to 'freaking steaming hot, never gonna forget this one' dragon romances.

Of you enjoy Dragon shifter stories, then you'll enjoy this book. Ciara is a curvy wedding planner, that is about to be introduced into a world she didn't know existed. The narrative is excellent, and I really like the fact that even though Ciara is very insecure about herself Stephanie did not make her sound whiny.

Been looking for a good PNR! Loved this story a d narrators! Only thing I didn't care for was the end. Wish it was better.