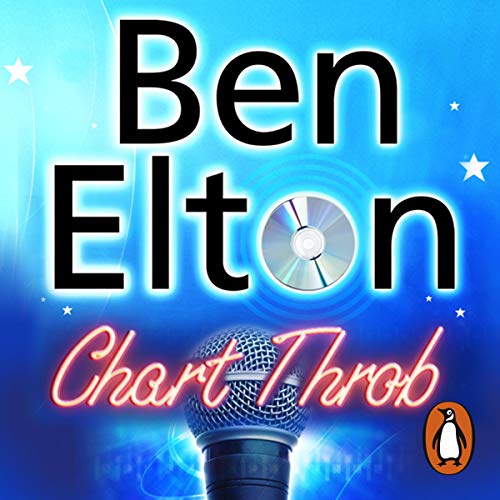 Calvin always wins, because Calvin writes the rules. But this year, as he sits smugly in judgement upon the mingers, clingers, and blingers whom he has pre-selected in his carefully scripted ‘search’ for a star, he has no idea that the rules are changing. The ‘real’ is about to be put back into ‘reality’ television, and Calvin and his fellow judges (the nation’s favourite mum and the other bloke) are about to become ex-factors themselves.

Ben Elton, author of Popcorn and Dead Famous returns to blistering comic satire with a savagely hilarious deconstruction of the world of modern television talent shows. Chart Throb. One winner. A whole bunch of losers.

Ok, but bit a bit repetitive.

I like most of Ben Elton's work, and this one is pleasant enough. However, I think it's a bit on the long side and lacking a bit of subtlety, with several similar bits in the middle. Perhaps this was the "cunning plan" to make it feel like we watching a reality TV show?
The narrator was very good.
I'm looking forwards to more unabridged Ben Elton audiobooks.

As boring as the real show!

May have to return this. Am gritting my teeth to get through the last 2 hours. It's taking about as much determination as it does to get through a single episode of American Idol.

I normally love Ben Elton books, I have never found one I disliked. He is normally SOOO funny, topical and sarcastic.

With this book through, it is just repetitive. I got the point in the first hour. The show is a fake, reality TV is staged and all the celebs are self-serving egotists. OK, now repeat the above for next 11 hours, dissect every shot, every staged reaction, every scripted sound-bite and that is the book.

In addition - there are no redeemable characters. Even the female lead is weak.