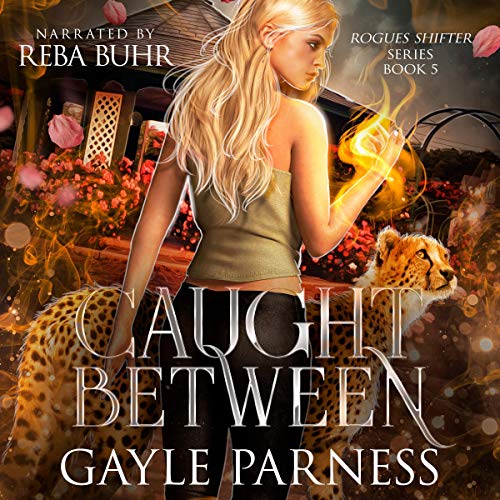 Jackie and Garrett travel to his maker's old villa in Carmel California, where many of Garrett's nightmares were born. With his lifemate by his side, he's determined to face down the memories of his family's death and look toward the future. The appearance of an unexpected and unwelcome guest almost upsets their plans, but a lovely surprise is in store and Jackie discovers her demon powers are more useful than she'd once believed. But as the birth of her son draws near, a wantonly violent act threatens to tear apart her family, leaving her once again determined to protect the people she loves with her magic and her strength.

Caught Between is a perfect title

Again this series is phenominal! This book made me cry a lot. It was very moving in many ways! Jackie is faced with many decisions she has to solve in hopes of a better future.

I am so glad to have come upon this series. This book like all the ones before is so well written. The storyline is fast paced and action filled. The emotional journey you travel while listening to this book is emense. The character base keeps expanding and every new character is a joy to get to know! I just can't say enough about this book, this series! I highly recommend!