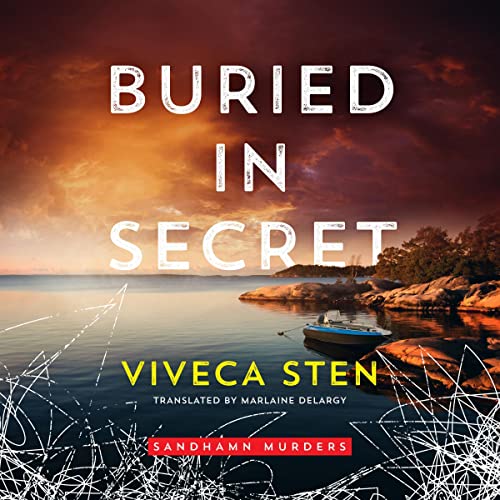 When two cold case disappearances are reopened, a decade of deadly secrets is unearthed on Sandhamn Island in the #1 bestselling thriller by Viveca Sten, author of In Bad Company.

A woman’s skeletal remains are excavated on an uninhabited island in Sandhamn’s archipelago, and Thomas Andreasson is called to officially investigate. But his best friend, Nora Linde, can’t help but get involved.

On leave after her last case took a dark turn, Nora is tortured by depression, nightmares, and guilt. Her marriage fractured, her pride chipped away, Nora could find redemption in this investigation. Then evidence suggests two possible cold cases linked to the grim discovery: two women who have been missing for ten years. Now Nora feels compelled to unearth a mystery someone has gone to great pains to bury. What could have happened to require such a cover-up?

As the cold case vanishings converge, Nora follows a twisting trail of revenge, blackmail, and betrayal. She’s also inviting the watchful eye of someone determined to stop her. To free herself from the damaging grip of the past - and the reach of a relentless killer - Nora is going to have to brave the darkness one more time.

The narrator makes every female voice whiny and melodramatic. I love the series but could not finish, the voice given the characters ruined it. I'll take the book from the library.

I have loved the whole series until this one. The narrator was awful and it became so monotonous. The only reason I continued to listen was because I was invested in the main characters from previous books.

I love Viveca Sten’s novels. But the reader put me to sleep. Monotonous performance. What a shame! I ended up reading the book on my Kindle.

Change in narrator is upsetting

I don't understand why the narrator was changed in this latest book. Pronunciations of names and places and other things were all different than the previous one and it was pretty distracting to say the least. Good story line, but i couldn't get over the narration change.

The Genre is unique

I found it difficult to follow the storyline. Really in depth storyline. Think b4 buying