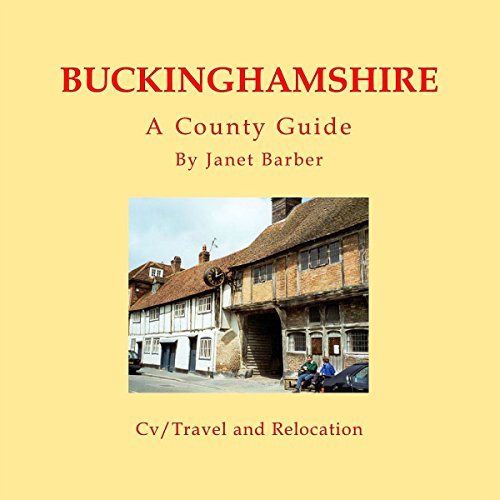 The third in Cv's series of English County Guides is Buckinghamshire, first published in 2001 - revised and updated in the second edition, 2011. Although it is one of the smaller counties, Buckinghamshire has a strong individual identity, with the Chiltern Hills, steep roads going down through beechwoods and the blue distances of Aylesbury Vale. It is historic, with plenty of Oliver Cromwell and Royalist connections. There are some thriving county towns: Aylesbury, High Wycombe, and Milton Keynes. It is also conveniently close to London. The Grand Union Canal cuts right down from north to south and there are several sailing clubs.

audiobook, England, guidebook -----------------
Another fine guidebook from Cy Publications. In this one, the towns are arranged alphabetically, there are a larger number of pertinent phone numbers, and it seems that there are more historical sites. All are presented logically and do seem appropriate for someone moving house or perhaps an extended stay in the area. That's not to say that it has little value for readers of novels, cosy mysteries, or history geeks, because it is simply valuable in a different way.
Sangita Chauhan narrates this one as well, and is exceptional!