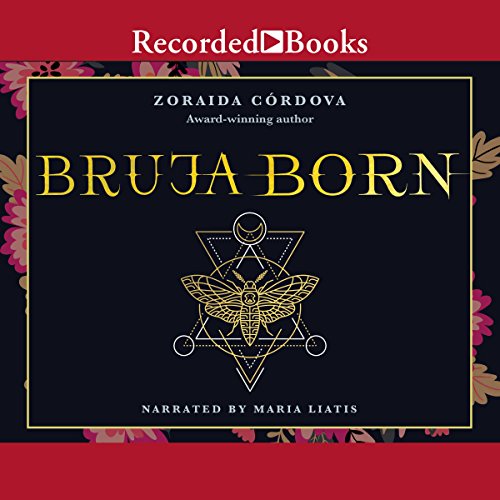 New in the highly lauded Brooklyn Brujas series - Lula must let go of the ghosts of her past to face the actual living dead of her present.

Lula Mortiz may be a bruja with healing powers, but after her family's battle in Los Lagos, she feels broken in a way she can't seem to fix. Then tragedy strikes when a bus crash leaves her friends and her boyfriend, Maks, dead. Desperate to reclaim normalcy, Lula invokes a dark spell to bring Maks back. It isn't until she hears that all of the bodies from the crash have gone missing that she realizes something is wrong. Lula has unwittingly raised an army of casi muertos - creatures between the living and dead - and they're hungry for freedom...which they can only achieve if Lula dies.

I loved Labyrinth Lost, but this was a big let down as a sequel. So many loose ends and the story was one note, which began to drag out mid way through the book. It was hard to finish.

Wow! This was an incredible follow up to Labyrinth Lost. The writing was so clear, the story interesting at every twist and turn. I truly hope that someone from the TV world picks this up. The world created by Zoraida Córdova is a magical one.
I can’t wait to read the next book in this series.

I put off reading this for so long because I don’t really like sequels that focus on a different character, but wow I underestimated these sisters, their family and their crazy community. I especially underestimated Lula. Just wow. Very impressed with this series. Zoraida is so impressively talented.

This book really got me laughing crying and overall intrigued. Narrator does a great job at keeping the audience on the edges of their seats