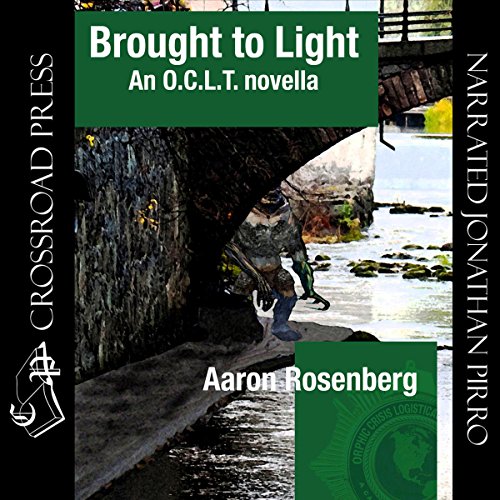 There are incidents and emergencies in the world that defy logical explanation, events that could be defined as supernatural, extraterrestrial, or simply otherworldly. Standard laws do not allow for such instances, nor are most officials or authorities trained to handle them. In recognition of these facts, one organization has been created that can. Assembled by a loose international coalition, their mission is to deal with these situations using diplomacy, guile, force, and strategy as necessary. They shield the rest of the world from their own actions, and clean up the messes left in their wake. They are our protection, our guide, our sword, and our voice, all rolled into one. They are O.C.L.T.

When a world-renowned scientist with a high-level security clearance goes missing in Uppsala, Sweden, and then a trained CIA operative follows suit, the DIA (Defense Intelligence Agency) taps Reed Christopher Hayes ("R. C." to his friends and "Crease" to his teammates) and the rest of his Military Intelligence unit to investigate. What they find lurking in the shadows of that quiet little city defies belief. The real question, though, is can they take it down before more lives are lost-including their own?

Here we have another great O.C.L.T. story, in my opinion the whole series is good. Aaron Rosenberg has put together a great solid storyline with great characters, that keeps your interest from start to finish. I did receive this free audiobook code, and I am voluntarily posting my unbiased review. Also Jonathan Pirro does a solid job of narrating this story.

Picture MIB for the supernatural. This is a short story of a group of military men who are not part of the O.C.L.T. though one may live long enough to become a member. A great bit of backstory or a good starting point to enter the O.C.L.T. collection. Regardless, it’s a great listen. I was voluntarily provided this free review copy audiobook by the author, narrator or publisher