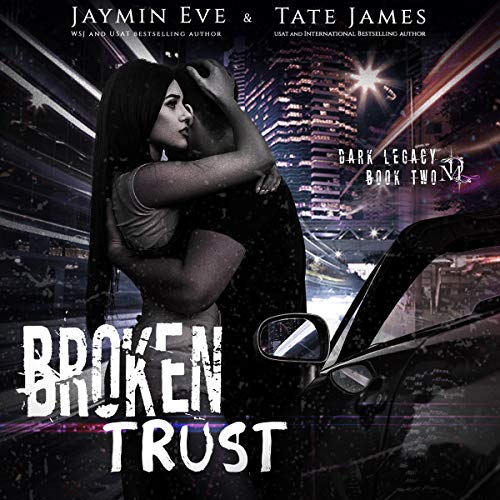 Four dangerous, damaged, messed-up boys. There used to be five, but one of them died, and I’m starting to suspect he was murdered.

I didn't ask for this. No one would ask to be played, manipulated, seduced, and betrayed. But that’s what happened, anyway.

It wasn’t enough for them to break me. Sebastian Beckett has decided that he can’t let me go, but I refuse to forgive and forget his betrayal so easily. His fixation is bordering on obsession, but when we begin to suspect a spy within Delta, there’s no time to deal with his feelings.

Someone is selling us out, and it’s having a dire impact.

First off I want to say what an amazing job that the narrators do for this book and series, they are just amazing.
I absolutely loved this story, even though at times I really wanted to smack Riley and tell her to grow up and talk to the guys. I enjoy the mystery and intrigue of this series and can't wait for the next one

Full of surprises, emotion, and lots of heat

Wow…my mind is spinning. Tate James, author, does a very good job of hooking me and keeping me so engrossed in that I couldn’t stop listening/reading (going back and forth…listen when my hands are busy and read when easier). While helping my family get a late lunch for Thanksgiving (got together early with my husband family so we can have a get together with the my side of the family) I listened to Broken Trust. Even while cooking I listened and on the way home. Well….any time I could I did. I have to say I am so glad the cliffhanger was not as bad as Broken Wing, first book in series. Tate weaved a story with lots of twist, turns, things going sideways, lots of heat, and feels in Broken Trust. I didn’t even waste time and started Broken Legacy as I needed to find out what will happen next. Broken Trust is another 5⭐️ read that Tate wrote that I absolutely loved. Could not put away or hesitate to listen or read in turns. I, also, have to say I loved the narrators, Marnye Young and Jarred Kjack’s ability to perform and read Broken Trust totally made the story and had me a little hot and bothered with all the heat in Broken Trust. Also, loved the fact that some of the sounds (like cough, laugh, etc) were added to make the audiobook of Broken trust come alive. I stayed up till 3:45 am and waking at 8 am to head to my mother in laws to help get everything ready and to cook my contribution to lunch all while listening to Broken Trust. My husband kept having to repeat himself as I would have to pause respond and then get right back to Broken Trust. I am sure my family noticed my distraction. At least as soon as we started to put the food out I had to put away my ear pods and be with my family. Once we started clean up I started listening again 😂😂. Highly recommend Broken Trust. Well, the whole series as I know Tate will not disappoint with the rest of the series. Enjoy!!

I love this series!! I love the characters. I love their stories. I love this world. Authors are great — I laugh and I get sucked into the stories and stay up late reading. I totally stalk them on social media to see when their next book is released! Do not miss out on this series because you may have been swayed by negative reviews. These books are amazing!!!
Note: This review is long overdue and will be the same for all the books in the series.

This series is fantastic! I love the story, so much action, mystery, intrigue, sexiness! The characters are amazing and I love seeing their relationships develop. The narrators also did a fantastic job on the audiobook! I can’t wait to read/listen to the next book!

Broken Trust for sure.

I was looking forward to this book - it was amazing and sinfully perfect, and the ending- why oh why?

Tate James and Jaymin Eve are awesome! They bring you the next installment in the Dark Legacy trilogy with amazing narrators! Find out what Riley and the other heirs are up to and enjoy the ride!

Struggling with Peers vs gossip

This series is sorta like the TV show Gossip Girl meets Fast and Furious - a private school run by high society rich kids - 5 male heirs will run the economy of the free world, until one dies. Enter Riley Jameson orphan aka "Spare", and a female which goes against the rule to sit on the Delta council.

The leader, Bec aka Sebastian Beckett is not only the oldest but holds the most control over everything. Politics, social standing, and peer pressure.

This is a hot romance story with one sassy girl and four sexy, dangerous boys but is not a reverse harem.

This book just keeps pulling me in. I can't wait to read book 3. The darkness is exciting.

I swear this series just keeps you sucked in! Not one boring moment!

The narrators did a fantastic job!

book two....just as brilliant as book one...God I love tate james. she is a mistress in writing. she really knows how to bring things together. and the narrators are beyond amazing. I can't get enough!!! on to book 3!!