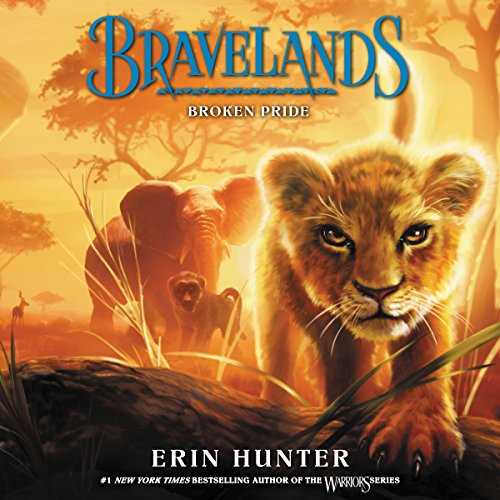 Heed the call of the wild with this brand-new, action-packed animal fantasy series from the number one nationally best-selling author of Warriors. Enter the Bravelands...and discover the Erin Hunter series you've been waiting for.

A lion cast out from his pride.

An elephant who can read the bones of the dead.

A baboon rebelling against his destiny.

For generations, the animals of the African plains have followed a single rule: kill only to survive. But when an unthinkable act of betrayal shatters the peace, the fragile balance between predators and prey will rest in the paws of three unlikely heroes.

Set in an epic new world and told from three different animals' points of view, Bravelands will thrill listeners who love Spirit Animals and Wings of Fire as well as the legion of dedicated fans who've made Erin Hunter a best-selling phenomenon.

This story kept me on my toes the entire time. This was really good and it was really surprising towards the end. This is great to listen

could not stop listening

Wow. I have this hardcopy at my house and listening to it just makes me relax,and calm down.