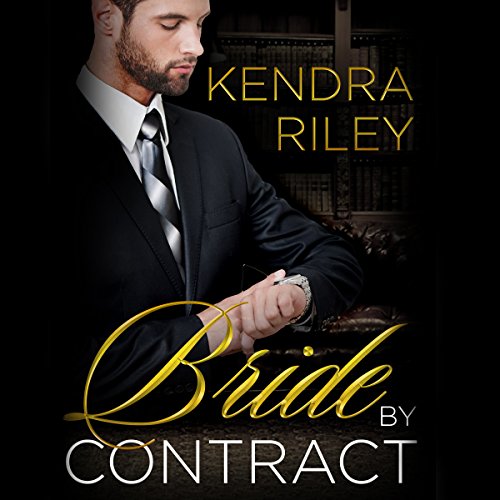 Liana Turner had been secretary to Billionaire CEO Jackson Fisher for two years and she could not stand the man. Her contract at the company was almost up and she planned on leaving as soon as she could. She felt like Jackson could not wait to see the back of her either. However, Liana was more than shocked when Jackson called her into his office one day with the offer of a very different contract for her.

To fool his parents he wants her to be his wife for the week and also to pretend she is pregnant.

Do this for him, and he will release her from her contract with a handsome payoff.

At first Liana was happy to sign up but very soon she would find she was possibly making the biggest mistake of her life....

Was it really pretend?

I really liked the storyline and the real Jackson that surfaced with Liana and Martin. The reading by Jem Matzan was flawless and the different voice inflections made it believable.
The only thing that was deceiving was the title Bride by Contract because it was for a pretend girlfriend not a bride.

The story of Jackson and Leona was a good one. It shows that even though you are around a person for years, you may not truly know that person until you take the time to get to know them. Thats how it was with them. Pkus it made Jackson realize what he was missing after tbem spent time at his father's pretending to be a couple in order to get his inheritance . Just wish there was more to the story.

it was a really great read until the ending. the ending was rushed and not thought all the way through. really made me mad too. so much potential and then "the end"..

Great keep up the good work. Love your Stories so Good. One of my best Authors.

couldn't get bast the man reading

I love listening to book, however, I was unable to get past chapter 4 in this book because of the man reading it. He sounded like a robot with no feeling what so ever, so I just closed the book and did the review. I always give my honest opinion on the book I have just read but I couldn't make it through this one. Sorry

I liked the story and the narration was okay, it could have been better. I was left wanting more at the end of the story because while the author tried to wrap it up the story could have went farther for an even better story.

The story was fine, a quick easy romance to listen to, however at times the reader was very robotic. I thought I was listening to a machine.

This has got to be the worst audible narration I have ever heard. I honestly could not finish listening. I stopped at chapter 3. I may try to read this book instead.