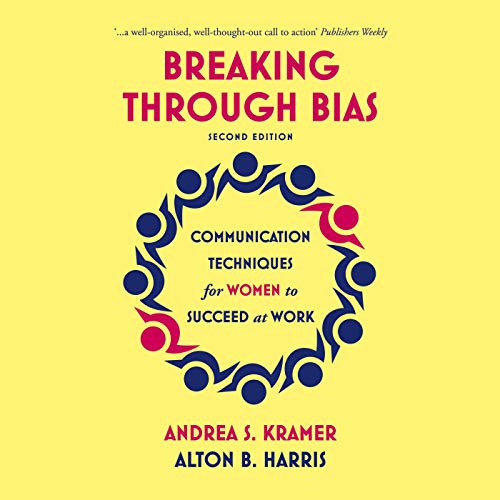 Since Breaking Through Bias was published in 2016, the #MeToo movement has exposed just how pervasive sexual harassment is in the workplace; the increase in public misogynistic comments has made clear that explicit gender bias is not a thing of the past; and stay-at-home orders and school closings due to Covid-19 have brought into even sharper focus the discriminatory impact of the unequal division of child care and household responsibilities between most couples.

In this second edition of Breaking Through Bias, the authors, Kramer and Harris, explain how these recent developments fit into a larger pattern of implicit or unconscious gender bias that imposes serious obstacles to women's career advancement. They argue persuasively, however, that while this bias is the result of deeply rooted gender stereotypes, women can avoid or overcome its discriminatory consequences by the effective use of "attuned gender communication" to manage the impressions other people have of them.

Kramer and Harris illustrate the use of attuned gender communication in each of the contexts in which gender bias manifests itself: Negative bias (women are not as talented as men), benevolent bias (women need men's support), age bias (older women are not effective workers), motherhood bias (women with children are not committed to their careers), and self-limiting bias (women believing themselves not suited for particular roles).

Drawing on decades of experience supervising, training, evaluating, mentoring, and sponsoring thousands of women as well as exhaustive social science research, Kramer and Harris present in this updated and fully revised second edition unique, practical, and highly effective advice women can use to break through bias and achieve the career success they desire and deserve.