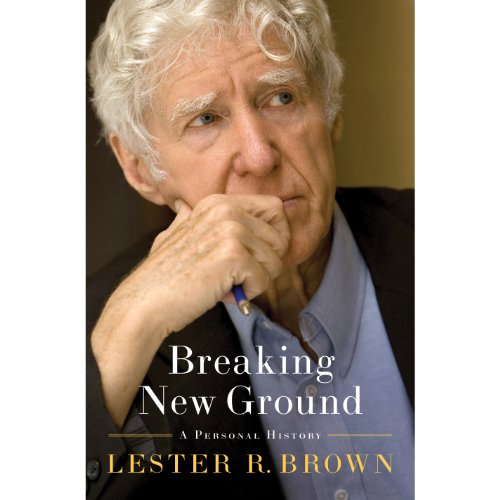 An inspirational memoir tracing Lester Brown’s life from a small-farm childhood to leadership as a global environmental activist.

Lester R. Brown, whom the Washington Post praised as “one of the world’s most influential thinkers,” built his understanding of global environmental issues from the ground up. Brown spent his childhood working on the family’s small farm. His entrepreneurial skills surfaced early. Even while excelling in school, he launched with his younger brother a tomato-growing operation that by 1958 was producing 1.5 million pounds of tomatoes.

Later, at the U.S. Department of Agriculture, Brown emphasized the need for systemic thinking. In 1963 he did the first global food supply and demand projections to the end of the century. While on a brief assignment in India in 1965, he pieced together the clues that led him to sound the alarm on an impending famine there. His urgent warning to the U.S. and Indian governments set in motion the largest food rescue effort in history, helping to save millions of lives.

This experience led India to adopt new agricultural practices, which he helped to shape.

Brown went on to advise governments internationally and to found the Worldwatch and Earth Policy institutes, two major nonprofit environmental research organizations. Both brilliant and articulate, through his many books he has brought to the fore the interconnections among such issues as overpopulation, climate change, and water shortages and their effect on food security.